What Color Is Your Hair — Really? 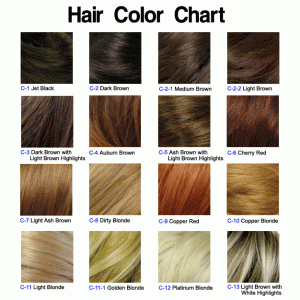 Choose Your Color, Any Color

People of all ages choose to modify their hair color, and for many different reasons.  Sometimes, it’s simply to give themselves a change, as when a young person colors their blond hair auburn or brunette hair blond.  Sometimes, it’s just to call attention to oneself, or to demonstrate a complete disdain for convention, which probably explains blond-tipped brunette brush cuts or fuchsia locks in an otherwise blond head of long hair.  Neither of these motives has anything to do with obfuscation, quite the contrary in many cases.

Of course, there are many other reasons for changing your hair color when the intention is obfuscation, even outright deceit.  These include the full range of righteous to dastardly motives.  Changing hair color can be part of a spy’s or a criminal’s disguise.  It can change the appearance of a protected witness, be an important part of the tranformation of an actress into the real life person whose part they’re playing, or hide the effects of illness or injury.  I’m told there are even folks who’ve changed their hair color because they believe that ”blonds have more fun” or “brunettes are more intelligent.”

But, especially as we get older, very different patterns emerge.  As our natural hair color changes with age, some patterns have emerged among my contemporaries;

Now what on earth does any of this have to do with HRM, with HR technology, or with any other meaningful topic for this blog?  Actually quite a bit.  As HRM software shows its age, and at least so far all software does age, the owners of that software have very similar decisions to make about how they will present their software into the autumn of its years.  They can:

All of us age, and there’s really not a damn thing we can do about it.  Of course we should take the best possible care of ourselves and put our best foot forward.  But just as people make fools of themselves when they try to fool the rest of us into thinking that they’re still ingenues when they should be playing grand dames, so too do software vendors make fools of themselves when they try to pass off whatever they’ve got as what they think we want.  Just sayin’…