Negotiations and the deals we make: the Good, the Bad, and the Ugly

Nothing makes HfS’ own Esteban Herrera happier than helping save our clients obscene amounts of moolah when it comes to negotiating a service contract, especially when all that was needed was a prod in the right direction, and a couple of days of smart discussions… 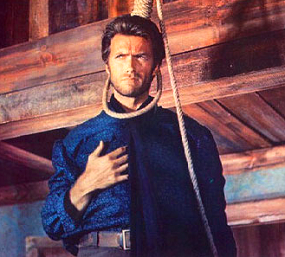 Don’t hang your advisor just yet…

I’ve been reflecting on the last three outsourcing contracts where we were asked to coach the clients (a partial answer for those of you who keep asking: how does HfS Research make money?)

As the resident complainer about stagnation and lack of creativity in our industry, I am immediately encouraged, but at the same time also dismayed, by what I’ve recently witnessed. Encouraged because I see clearly where we add value and I’ve been around long enough to see some things change for the better, dismayed because I see so many things still staying the same.

Without further ado, here is the good, bad, and ugly of recent deals where we’ve coached clients, with some critical names and dates obscured to protect the, er… guilty.

We have job security. The average savings on TCV for the last three deals we helped negotiate was 29%, as measured by total price of the winning bid on day 1 of negotiations and total price of the same bid upon completion of negotiations. This doesn’t even take into account improvement in positions like SLA risk pools and service credits, limitation of liability, indemnification, key personnel commitments, and the other myriad terms that matter to providers and buyers alike. All kidding aside, this shows that a competent advisor armed with data and a sound negotiating approach can still make a huge impact on an outsourcing deal. As a buyer, if your deal size is $50 million on November 15th and $35 million one week later, the money you probably paid the advisor who worked that deal will seem like peanuts.

Even better, each of these deals has been negotiated in about a week, meaning we’ve saved clients money (attorney and consulting fees) while we save them even more money (provider fees). And even the providers are not that upset with us because at the end of the day they close their deal much quicker and save oodles of time and costs on protracted discussions, allowing their deal teams to focus on winning other business. Of course, this speed is predicated on following a certain process that we’ve used over years and years, but if an advisor tells you its going to take a ten weeks or more to negotiate your deal (as many still do), please, please call us!

At the end of the day, our clients are happy because they saved money, but just as importantly, all the finalist providers feel we treated them fairly and gave them every opportunity to put their best foot forward and win. In an industry where win-win is always talked about and rarely achieved, I get to go home with the knowledge that my company did right by everybody.

Reflecting on this last batch of deals, I still see lots of room for improvement. To begin with, why the $%^& do some providers still lob in bids that are 30% higher than what they will ultimately take to do the work?  Do they still naively hope clients are that dumb?  Why do we spend so much time negotiating benchmarking when less than a quarter of the deals in the industry ever get benchmarked, and more importantly, when zero-termination fees has become the norm? Why is the contract still thousands of pages when the paper from one deal to the next resembles each other so much? And why are providers still insisting on shirking data privacy and protection accountability?

Buyers aren’t immune to irrational behavior—like double dipping on transaction-based pricing and SLA credits for failed transactions, or requesting levels of insurance that would have saved Enron. Or requesting exuberant and unnecessary SLAs. The industry could have fairly standard paper (in fact, it already does) if buyers did not insist on bespoke clauses and contracts for things that are at this point de facto standards.

Inevitably, someone will get emotional. While this makes for great happy hour conversations it’s a clear indication that an opportunity to take a valuable break was missed.  Emotion always, always compromises leverage, so it’s not even a good business move—some people think that getting angry is intimidating to the other party. It is the job of the advisor (or a designated even-keeled colleague) to diffuse the situation with humor, mediation, and/or a break in the action.

While “the bad” is passable and even to be expected, the ugly is a case-by-case example of incompetence. In the last few deals, I’ve seen the following:

Advisor: “How long has that policy been in place?”

Provider: (possibly remembering another deal with the same advisor in which the position had been accepted) “Um, well, I don’t know—our policies fluctuate from deal to deal”

These are just some of the more recent “WTF” moments in over a decade of advising clients on outsourcing deals. There are many more, and some I won’t tell until we’ve had a couple of drinks. The good news is that there is still value in my profession for buyers and providers. The bad news is that a lot of advisors out there are taking advantage of both.

The Bottom-line: It’s time to speed up deals and build some mutual trust into the experience 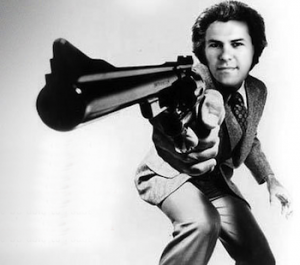 Outsourcing deals are still complex beasts, and savvy buyers can clients can capture tons of value by engaging experienced advisors and attorneys, but that advice need not have a six or seven figure price tag. Providers still make far too many mistakes at the negotiating table—things that cause their prospects to lose trust, which is the single most important buying criterion to begin with. There’s a lot to be done to simplify deals, but even if we don’t get there, as an industry, quickly, there are key behaviors and positions on either side of the transaction that can speed up the deal while building trust and creating a more strategic relationship.

Esteban Herrera (pictured here) is COO for HfS Research and leads the firm’s buy-side deal coaching.  You can hear him this coming Thursday at 11.00am ET at our Outsourcing Super Lawyer Web-Summit (click here for more details).