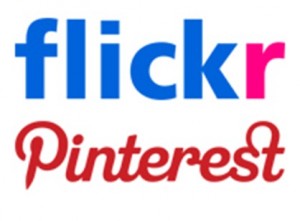 Like a lot of people I have been fascinated by the explosive growth that Pinterest has experienced. At first curiosity, Pinterest is now a full blown phenomena that has jumped from women planning their weddings, or wishing they were planning a wedding, and foodies to mainstream consciousness.

Businesses are openly embracing Pinterest and media organizations are figuring out how to use it, much like they did with Tumblr last year. Get Satisfaction is now on Pinterest with a grassroots effort that caught fire a few weeks ago and I am continually amazed by the innovative uses for presenting visual material in the context of a business objective.

I love the fact that Pinterest exploded in popularity outside of the echo chamber that is Silicon Valley. Prominent SV angel investors passed on the deal, few people wrote about it, and it took 2 years from it’s founding (2008) to get a Crunchbase entry, much less any significant press coverage. This is the classic Silicon Valley bootstrap-to-riches story (well OMGPOP clearly has that title this week) and Silicon Valley was largely lacking in invites to the service while middle mainstream America fueled it’s early growth.

Perhaps the most bone jarring thing to consider is how Yahoo let Flickr die on the vine while Pinterest blossomed. Flickr should, by any measure, be what Pinterest is today yet lack of imagination, the constraints of a rigid business model, and a product effort that can be kindly described as anemic all conspired to kill Flickr (and it is) while Pinterest created, potentially, billions of dollars in shareholder value.

How can anyone at Yahoo escape the question “how did you let this happen and what are you doing to fix it?”. The Pinterest logo should be pinned on every executive at that company to wear as a red pin of shame.