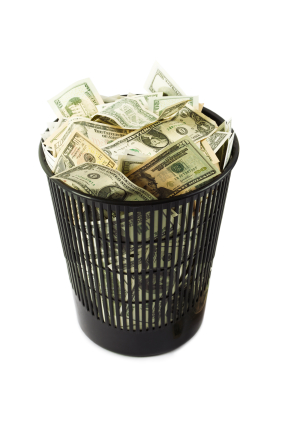 Despite spending $500 million on the California Case Management System (CCMS), court officials terminated the project and allocated $8.6 million to determine whether they can salvage anything. In 2004, planners expected the system to cost $260 million; today, the price tag would be $2 billion if the project runs to completion.

The multi-billion project, started in 2001, was intended to automate California court operations with a common system across the state and replace 70 different legacy systems. Although benefits from the planned system seem clear, court leadership decided it could no longer afford the cost of completing the system, especially during this period of budget cuts, service reductions, and personnel layoffs. A vague statement on the California Courts website, explains:

“We have to develop a new vision for our branch technology infrastructure given our fiscal climate,” said Judge James E. Herman, chair of the committee. “We are committed to implementing a cost-effective, efficient technology that serves the public, litigants, attorneys, and trial courts.

Translation into plain English: “Branch offices across the state need this system but we just don’t have the money to pay for it.”

Did California’s CIO mislead public on IT success?

It’s a shame that California cannot afford to continue the project, which would have brought substantial efficiencies to court system employees and also to private citizens seeking court-related information. Although the project seemed promising, the initiative has been plagued by poor management and lousy planning. A 2011 state audit (PDF download) highlighted the following issues:

Our review of the Administrative Office of the Courts’ (AOC) oversight of the development of the statewide case management project revealed that the AOC:

You may wonder how the state can run such a large project with these kinds of management deficiencies. Frankly, it’s a great question.

An editorial in the Los Angeles Times summarizes the story:

California’s Judicial Council — the leaders of the state’s trial and appellate courts — voted to pull the plug on a statewide computer system that was designed to finally bring courts into the 21st century. There was very little choice: What would be the point in creating technologically competent courtrooms with shuttered doors? The council was right to shelve the Court Case Management System, use the funding to keep courts in operation and hope to salvage the system for use, or rebirth, or spare parts, in better economic times.

Bottom line: The project was a good idea but failed due to poor planning, management, oversight, governance, and controls. California’s legislature should now conduct an in-depth investigation into how the state handles manages its multi-billion dollar IT budget.

Law.com: How the Branch Killed CCMS, and What It Means for Other Woes