When 100% Growth Is Not Enough for Startups 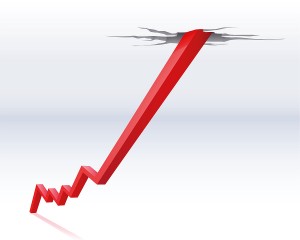 A couple of weeks ago I passed on the opportunity to invest in a SaaS application company that has been growing around 100% YoY for the past couple of years and can now be considered a solid expansion story. While the company’s overall story was good, it was not great.  As I have been talking about some of my colleagues in other firms I heard similar stories from them about passing on companies that were good but by today’s standards were not considered great.  So I started thinking why our standards are changing and where are these changes leading us.  Top technology venture firms like Trident Capital which are investing on B2B business models in areas such as cloud computing, mobility, social/local/mobile (also known as SoLoMo), ecommerce and big data are looking for breakout companies.  In fact, this is a term you hear more and more often in the Valley these days.  A company may be growing by 100% YoY and may still not be considered breakout.

In my opinion “breakout companies” have the following characteristics:

Investors are competing fiercely for the opportunity to invest in breakout companies.  They often approach such companies before they need to raise money and pre-emptively offer term sheets with high valuations and other entrepreneur-friendly terms. We typically see 4-5 investors, competing for the same opportunity.  And most of the times, this group of 4-5 are drawn from the same collection of 30-40 venture firms.  Because of the valuations offered, the size of each investment is also very large as the investors want a meaningful piece of each such company.  For example, breakout companies like Yammer, Klout, Lithium, Marketo, and Brightroll have recently raised large pre-emptive rounds.

Investors prefer to invest in breakout companies for the following reasons:

One response to “When 100% Growth Is Not Enough for Startups”