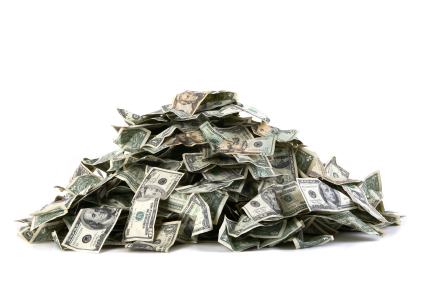 Calculating the global impact of IT failures on an annual basis is a worthy goal. However, aside from the challenge of collecting data, failure itself has no clear definition, subjecting the entire effort to assumptions and guesses. Still, several years ago, one analyst attempted to quantify the data in a noble, yet ultimately flawed, effort.

Nonetheless, the challenge of quantification remains. For this reason, I invited two qualified experts to re-assess the worldwide economic impact of IT failure. Gene Kim is an entrepreneur, writer on IT operations, and author of an upcoming book called When IT Fails: The Novel; his colleague, Mike Orzen wrote the book Lean IT and consults on IT operations and business transformation. They are currently co-authoring a new book called The DevOps Cookbook.

The two experts calculated the global impact of IT failure as being $3 trillion annually. They supplied the following text to explain their logic:

For just the Standard & Poor 500 companies, aggregate 2012 revenue is estimated to be $10 trillion. If 5 percent of aggregate revenue is spent on IT, and conservatively, 20 percent of that spending creates no value for the end customer – that is $100 billion of waste!

(The 20 percent assumption is an extremely conservative number when you consider that when we analyze the value streams of almost all processes across all industries, we discover over 80% of the effort creates no value in terms of benefit to the customer. Mike Orzen’s work value stream mapping in many of the largest IT groups around the world consistently shows the same results.)

Here’s another approach at calculating the total waste in IT worldwide: Both IDC and Gartner projected that in 2011, five percent of the worldwide gross domestic product will be spent on IT (hardware, services and telecom). In other words, in 2011, approximately $5.6 trillion was spent on IT.

There are two components to IT spend: capital projects and operations/maintenance.  If we assume conservatively that 30 percent of IT spending is for capitalized projects, and that 30 percent of those projects will fail, that’s $252 billion of waste!

But IT is like a free puppy — the lifecycle cost of the puppy is dominated by the “operate/maintain” costs, not the initial acquisition costs. If we conservatively estimate that 50 percent of global IT spend is on “operate/maintain” activities, and that at least 35 percent of that work is urgent, unplanned work or rework, that’s $980 billion worldwide of waste!

What reward can we expect through better management, operational excellence and governance of IT?  If we halve the amount of waste, and instead convert it into 5x of value, that would be (50 percent * $1.2 trillion waste * 5x). That’s $3 trillion of potential value that we’re letting slip through our fingers!

That’s a staggering amount of value, 4.7 percent of global GDP, or more than the entire economic output of Germany.

My take: These are the most reasonable numbers I have seen on the global economic impact of IT failures. Unlike previous estimates, which considered complicated matters such as lost opportunity costs, this formula is simple and credible.

One response to “Worldwide cost of IT failure (revisited): $3 trillion”