Why SAP needs a chiropractor 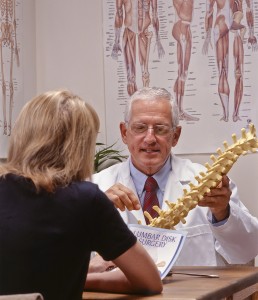 It was early in 2010. I was finishing up research for The New Polymath. I had a generous page in the manuscript on Hasso Plattner’s in-memory vision. An SAP employee reviewed an early draft and encouraged me to reach out to someone in development who could share much more on what was going to become HANA. I declined – I had a page count conflict, and the conversation would have been too “off the record”.

Since then SAP has had a series of conflicting HANA updates. A “great quarter” it announced in late 2011, “we will be second largest database vendor by 2015” it announced last week. Yet, they announced they have just 80 live HANA customers. And my friend Ray Wang reports if you remove the Proof of Concept projects, the number drops to just 18.

Contrast this to what FastCompany says about an episode at roughly the same time in 2010:

“Apple called Bob Bowman with an invitation shrouded in even more mystery than usual: If you want in on our next project, send us your two best people. That’s all Bowman, president and CEO of Major League Baseball Advanced Media, or BAM, had to go on. Losing two tech leads during the hectic months before Opening Day was risky. Worse, Apple wouldn’t be able to tell him what the techies were building, when its project would come out, or how long they’d be gone. But making the decision took Bowman “under 10 seconds.” Two years earlier, Apple had made a similar offer and MLB had struck gold with AtBat, its iPhone app. Bowman sent mobile developer Chad Evans and another engineer to Cupertino, California, the next day.

Bowman didn’t see Evans until three weeks later–standing onstage, during the launch of the iPad, when Evans introduced MLB’s new app to the world. It would be able to play gorgeous video of live major-league games while simultaneously displaying the latest stats.”

Before you dismiss this by saying “oh, but that is consumer tech” read the article for the organizational and technological complexities BAM had to overcome in becoming one of the top grossing brands in iTunes.

There is an intensity which pervades all aspects of Apple, and its key partners. SAP, on the other hand, often seems out of synch with itself.

Not just picking on HANA. Couple of years ago, when SAP was talking about accelerating its SaaS BYD rollout, I asked about how it was scaling the data center infrastructure and how much more capex it would be investing. Did not get a coherent answer.  As Dennis Howlett points out here, SAP’s legal infrastructure often acts as a roadblock to its ambitions. For years now I have heard and re-heard and re-heard plans for better management of their systems integrators. Interestingly, to use an Apple acronym, have never heard who is the DRI for that – Directly Responsible Individual.

Their poor CTO, Vishal Sikka often comes across defensive. He should not be. SAP development is usually not the problem. Legal, business development, product rollout, field groups always seem to be unwilling or unable to keep up.

I am always amazed when I go to my chiropractor how he works on body parts far removed for the area I tell him needs work. It’s all interconnected he says as he works his magic.

SAP needs similar intensity therapy. They need to accelerate the clock speed of many parts of their entity. Otherwise they will keep promising way more and way ahead of their own and their partner ability to deliver.

One response to “Why SAP needs a chiropractor”