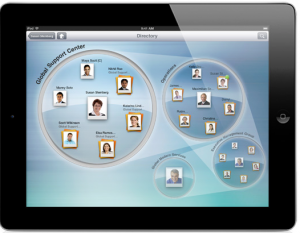 [Full disclosure:  Workday is a client as are several of her competitors.]

It seems like only yesterday that I was writing (we were all writing) about Workday 10.   But two years have passed, and those folks have been hard at it, with three major releases each year.

I for one am impressed with Workday’s ability to keep up the pace, keep to their long lead time schedules, and have the confidence to schedule an analyst briefing months in advance for a date that’s right in the middle of each new release.  If that’s not an act of faith in their ability to deliver what they promised and when they promised it to their customers, I don’t know what is.

Others have written or will soon write about the new functionality, major developments in mobile, graphically stunning analytics which are embedded at the “point of sale” to improve decision-making, and so much more in this very big (but then they always are) release.  But I’d like to highlight some things that struck me which may not be covered as much elsewhere.

First, their new onboarding capabilities, which are the kind of functionality that HR leaders ask for, may look on the surface like just a good example of the same.  But it’s free!  And it can be used not only for employees but also for contingent workers.  And it’s built in such a way — and this is the power of objects in action — that it lays the groundwork for further releases that will address the analogous processes for internal mobility and offboarding.  When you combine the onboarding process with Workday’s ability to interact in real-time via its APIs with others systems, you have the foundations for not only the classic elements of onboarding but also the full-scale provisioning and re-provisioning that’s a huge part of keeping knowledge workers working productively.

Second, there are lots of enhancements across talent management in this release, and not enough time on the analyst briefing to cover them.  But I found it interesting that we saw, through the mobile capabilities, examples of both gamification and feedback-related activity streams, and no one ever mentioned the word social — or at least I didn’t hear it.  If you own their HCM product, you get all the related mobile capabilities and each release’s substantial functional core HR and talent management enhancements for free.  And your SLA isn’t awash in SKUs that make you feel like you’re being sliced and diced when that technique is better applied to “big data.”

Third, Workday has enabled, via crowdsourcing across their customers (each of which is a tenant in a multi-tenant instance of Workday), those same customers to contribute effective-dated configurations (e.g. reports, business rules, calculations, whatever), all of which are expressed as metadata in Workday, to the metadata collection which can then be inherited at will by those same customers.  See a report you like which was developed by another customer?  Inherit that metadata setup, and it’s yours.  Someone else does an interesting and useful overtime rule and chooses to contribute it for the common good?  Every other customer has the opportunity to use it.  Crowdsourcing and inheritance are just two of the important business benefits of true multi-tenant SaaS, and this particular use of them is a great example of how a high value (to customers) capability can be delivered at very low cost (to the vendor) because of the underlying architecture.  And it’s all free.  Can you even imagine the difficulty and cost to everyone of doing something like this with contributed (for what release/DBMS/etc.? where would you send it? it’s not inherently effective-dated? who would ensure that it wouldn’t blow up something else?) PeopleCode?

Fourth, Workday’s payroll benchmarks were certainly mentioned in other coverage, but there hasn’t been much discussion of their calc engine and it’s grid computing approach to handling large payrolls in-memory at a quite decent speed.  The benchmark mentioned was a 100,000 person payroll in roughly three hours, but we’d clearly have to dig into the ifs, ands or buts to know what payroll complexity was involved as well as to understand the exact architectural and operational setups.  But what’s of greater interest to me is that this was achieved not with some souped up classic payroll application but with a true calc engine that’s operating on effective-dated metadata for all of its business rules in the same way that a true workflow engine does.  Such an engine doesn’t know if it’s processing a US or Bulgarian payroll; it’s all about the metadata.  And for all it knows, it could be doing leave accruals or even non-discrimination testing calculations for the relevant comp or benefit plans.  Having designed and programmed payroll applications at the beginning of my career, and had my nose into many more over the years, I’m a sucker for metadata-driven calc engines.

Well, that’s what I made notes on during the briefing.  Here’s what some others have had to say about this release: