Oracle Touts Simplicity, Wants to Be Last One Standing 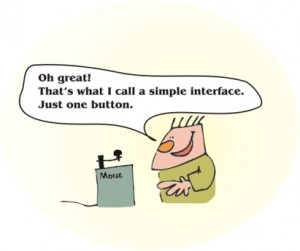 At Oracle Spring Analyst day last week, Mark Hurd spoke about simplification and about how the industry needs to reduce complexity, a good message.  But he equates simplicity with reducing the number of vendors that a corporation works with — at least in IT.  However,  history shows this is not the path to simplicity.  It’s just a route to profits once a vendor becomes the only incumbent.

Complexity is often the signal that an old paradigm is reaching its asymptote.  Simplicity, its opposite, often ensues but at the cost of exploding the old order.  Mainframes didn’t get simpler, mini-computers became common and the number of vendors didn’t decline, it rose thanks to the standards that new vendors brought.  Standards made it possible for lots of competitors to play and the competition made better products and services.

This paradigm busting continued when PCs and networks replaced both minis and mainframes and it continues as cloud computing replaces the data center and its ossifying stack.  Standards for cloud computing, social interaction and communication, mobility and analytics all contribute to the new paradigm, which Hurd seemed to see as a glass half empty.

Standards make it possible for many vendors to compete without increasing complexity.  In fact, without the standards brought by a new paradigm, the old paradigm simply collapses due to its increasing internal complexity.  So, Hurd was right to offer simplicity as a goal but I think he was off point in suggesting that the current paradigm could or should be simplified.

Oracle is initiating a new paradigm that simplifies the old order albeit with its own standards which I hope will remain non-proprietary.  I think in its messaging the company would be better served if it acknowledged that the road ahead is a new, and for a time, simplified paradigm.  Then the massive influx of social and services providers makes sense and ceases to threaten the IT hierarchy.

Simplicity is a good idea.  It often means a new paradigm is forming and those who initiate the change are usually the winners.  Oracle is both instigator and guardian of the status quo.  It must engage in its own creative destruction.  So far the company has walked a fine line of defender of the faith and iconoclast.  The challenge ahead is for the company to stay on course and not to believe all of its marketing messaging.