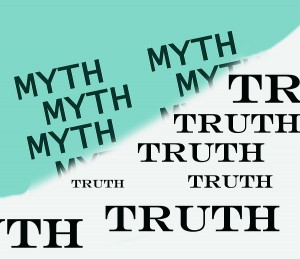 From zero to over $50 billion in 20 years. That’s been the meteoric rise of the Indian IT-BPO industry. For an industry of such significance, to India and the world, it is not very well understood outside the industry. Perhaps because it doesn’t manufacture a physical product. Or perhaps because it is such a new industry. After all, 20 years isn’t very old as industries go. The automotive industry is about 120 years old. Even the mobile phone industry, at about 30 years old, is older.

Whatever the reason, there exist a number of myths about the industry. Here are a few that deserve to be busted.

Myth #1: The industry is doomed because wages are rising rapidly and the labor arbitrage is going to go away.

This myth implies that labor arbitrage—the difference between the wages in India and advanced countries like the US—is the only thing propping up the Indian IT-BPO industry.

In 2009 the average US IT worker’s annual income was $77,200 in 2009 (Source: Janco Associates) versus $ 12,100 for an Indian IT worker (Source: ZDNet). That is a pretty big gap. Since then wages in India have grown, no doubt, but the rupee has also fallen against the dollar, mitigating the wage increase to a large extent.

Of course, it is wrong to assume that wages in the US will stagnate and wages in India will keep rising interminably. Wage increases in the labour market, like any other market, are driven by demand and supply of IT workers. As the galloping growth in the Indian industry settles down to a steady trot and as private engineering colleges increase the supply of engineers and other IT workers, the acute shortage of workers may become a thing of the past.

As India becomes more expensive, are other countries going to undercut us and gain market share?

For sure, India is no longer the only act in town. The Philippines, particularly, has done quite well predominantly in voice-based BPO services. In 2010 it did $7.2 billion in IT-BPO services, which was 4.5% of the country’s GDP. The same number for India was 3.7%.

That said, The Philippines and Vietnam are relatively small countries, smaller than the single Indian state of West Bengal. They don’t have the scale to threaten India’s preeminence in the industry.

China has the scale. And its government would love to get the higher wage IT services jobs. But India has some inherent advantages—the most important one being a higher education system that is largely English-based. And it has a more subtle advantage in how comfortable clients feel with level of IP protection in India as compared to China.

Myth #3: Indian IT companies are no good because they don’t make products.

Actually they do. My company, Infosys, has a core banking product—a classic licensed software product—that does quite well. But, in the larger scheme of things, it is true that there is no Indian IT company that derives significant revenue from products.

I don’t think this bothers most companies. They have a solid business model —high growth and profitable. Why should they get distracted with what is really a different business? The enterprise software business requires entirely different skills, not just in product management and engineering, but also in executive row.

The financial model for enterprise software requires big upfront investments in product, sales and marketing. IT Services is not a high capital intensity business. The two don’t mix very well, which is why you will rarely find both business models in equal measure in the same company. IBM is an exception to this rule, but then IBM Software runs like an independent company and has the scale to be successful by itself.

While salvation for the Indian IT industry may not lie in building a licensed software business, that doesn’t mean that it should just stick to ‘work for hire,’ where all IP is created for and retained by the client. There are opportunities where retained code or other IP go into Solutions or Platforms which allow the service provider to differentiate itself and increase average bill rates.

In the 90s the offshore model itself was new. Before 1990, the SDLC (software development life cycle) was never broken up and allocated to people in different time zones. (Well, almost never. Texas Instruments was an early innovator in this area that we mention in our book.)

Today, an SDLC that spans many time zones is commonplace. But in the early 90s the pioneers of the offshore delivery model were breaking new ground. They were innovating.

Today, the offshore delivery model is embedded in many enterprise services. Every new service that is offshored has its own challenges and requires its own innovation. Startups like iYogi (consumer tech support) and Indegene (marketing services for pharma companies) are successful because they brought innovative approaches to offshore new services.

That said, in core enterprise IT services, the offshore model is showing its age. All service providers offer offshore application development and support or SAP implementation services in an offshore delivery model. Given how much of the revenue comes from these core services, they cannot afford to have them commoditized.

Innovation and owned IP is the only way to stave off the dark forces of commoditization. Indian service providers are investing in buying or building IP and capabilities to address big business problems from digital marketing to managing closed book annuity operations.

My book on the Indian Offshore Services industry is now available http://bit.ly/OffshoreTheBook

This article was published in the Economic Times on Apr 20, 2012.