SugarCon A Big Success for SugarCRM 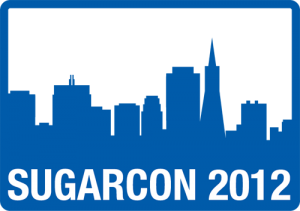 SugarCRM held its user conference, SugarCon in San Francisco last week and by most measures it was a big success.  The event, shoehorned into the Palace Hotel, will begin moving around next year settling in New York where it will attract a larger crowd, including many more customers and fans from Europe before possibly hopping the Atlantic the following year.

The movement is a manifestation of organic growth, which CEO Larry Augustin was happy to say included near or above 100% year over year growth in the two most recent quarters.  You might be surprised by the uptick but it is an overnight success that has been years in the making.  Moreover, if your thoughts about Sugar tend to equate its open source model with unprofitability, Augustin’s keynote might have been an eye opener.

In his keynote Augustin said that while most of us know about Linux, the open source movement is much more than the operating system.  Linux is the open source version of Unix that gained so much traction and support when it came out because the open source model enabled programmers to donate their time and skills to make the operating system one of the most reliable in the industry.  But the idea didn’t stop at operating systems and suddenly re-emerge in CRM.  Augustin showed that web server software such as Apache, which has about half of the market along with open source databases and other technologies are behind many of the technologies we commonly associate with the social and mobile revolution.

All of that plus the continuing growth of SugarCRM’s partner ecosystem and compatible applications are contributing to the company’s continued growth — so much so that the company now claims to be the fastest growing CRM company.  So things look good if you are SugarCRM.  They have capable products and a business model that is now well enough understood that its representatives can spend less time promoting open source and more time solving customer business problems.

In line with all of that, the company has demonstrated a certain flair for managing the intricacies of operations by putting on a flawless customer event.  Its future looks bright.