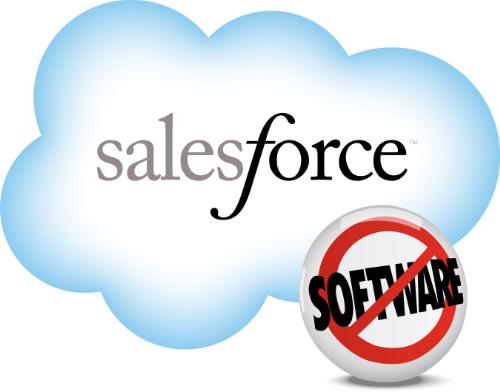 I was surprised by the Salesforce.com announcement coming out of the company’s road show, Cloudforce Washington this week.  In the nation’s capital the company announced Government Cloud, which is just what you’d think it is if you’d been following Salesforce at all.

Beginning this summer, the company plans to deploy a secure and separate infrastructure to support cloud based applications for state and federal governments.  It will also open a new application store in the cloud just for government apps vendors and their Force.com wares — AppExchange for Government.

The announcement came and went on an average news day while I was in San Francisco attending SugarCon, the SugarCRM user meeting.  That surprised me because the implication, if I am understanding the announcement correctly, is that for the very first time, Salesforce is cleaving its service into two parts more or less.  Potentially that means separate and equal secure servers and a separate image of the software.

If that’s true it represents a milestone of sorts for the company and the technology.  While I have no doubts that the company will maintain its software so that there is no difference between the government and commercial systems, it appears that the development of separate infrastructure was needed to prove to the potential customers that security is paramount.

Again, if true, this would seem to open the door to additional future instances of separate infrastructure for Salesforce and at that point I don’t know what the difference is between a private and public cloud (Ok, I do know but, you know what I mean).  The government is, according to the same article, getting ready to award a contract for government wide email and other office services and Google and Microsoft are in contention.

So it appears that the market for cloud services is heating up and the ultimate prize of thousands of seats is causing some jockeying for position among the big vendors.  This would seem to mark turning point in how we define cloud services and is no doubt brought about by the plethora of offerings that promote multitenancy as an option.  Nonetheless, you can still call me skeptical of any solution that simply lets a company move all of its bad habits to the cloud.  “Your mess, elsewhere for less,” isn’t what I signed up for.  But that’s just me.

On another note, with government jumping into cloud computing, it makes me wonder if the market for Oracle Exa-stuff got a shot of adrenalin this week.  If government is going to play in the cloud you can bet on a couple of things.  First, with lots of users there will be lots of data and second, lots of users will require big husky servers with fault tolerant capabilities.  All this suggests the latest high end computing gear and companies like Oracle bubble up in this discussion.

So I want more information.  I am flying home as I post this and it will be high on a crammed agenda tomorrow.  I wonder why there’s been so little reaction.