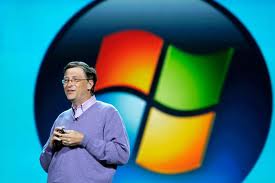 With the first post in this series, I introduced my concept of potential disruptors and other sources of disruption to the HRM enterprise software landscape.  In that post I used Kronos and a hypothesized expansion of their functional footprint — a huge expansion of their functional footprint — combined with their global distribution capabilities, competent leadership, and humongous installed base, to present one scenario which would shake things up good and proper.

Doing this type of scenario testing is an important component of both competitive analysis and strategic business planning, so it’s something I do quite often.  But it’s also something that I’ve never written about in this public way, so it’s taking a good bit of time to select the right scenarios and lay them out clearly enough to stimulate an intelligent discussion of their pros, cons and likelihood.

[Full disclosure:  Microsoft hasn’t been a client in many years, but they did inherit a license for my HRM Business Model “Starter Kit” when they acquired Great Plains Software, an early licensee.  Because Microsoft has never had a competitive HRMS or TM product for the enterprise, I not only haven’t followed them as I do the vendors within our own space, and I don’t even have contacts in their analyst/influencer relations organiation with whom to fact check this post.]

For this disruption scenario, I’d like to hypothesize that Microsoft, which has been working hard to deliver a competitive set of enterprise business applications, their Dynamics line, but which has NEVER had anything remotely competitive in HRM enterprise software, decides that it must fill that gap.  I think they could do this by either delivering from their own skunk works (but I’ve seen no public clues to their having any such skunk works in operation) or by buying an integrated, already multi-national if not yet global,  true SaaS HRMS/TM platform with some SaaS InFullBloom capabilities that’s been built (or is currently being built) religiously with Microsoft’s most modern tools.

With Microsoft’s global channel partner distribution assets, their ability to upsell into their considerable Dynamics installed base, many to most of whom have been making do with other brands of HRMS/TM or without, is considerable.  If they could build or buy the right platform, there’s a whole list of never great HRMS/TM vendors who have specialized in filling the HRMS/TM holes in Microsoft’s offerings who would be deader than they already are.  But such a move would also garner Microsoft a much more competitive position against the lower end offerings from the major ERP and HRMS/TM vendors as well as against a range of offerings from that serial aggregator, Infor.  And if Microsoft came up with something really competitive in HRMS/TM, there could be a number of casualties among quite successful HRMS/TM vendors who have prospered using the Microsoft technology stack without having any competition from Microsoft.

After so many years of doing absolutely nothing notable in the area of HRMS/TM, and with no visible as yet talent movements signalling a change in direction here, I’m not expecting Microsoft to get serious any time soon about the missing HRMS/TM components in their business applications suite.  However, if they ever do get serious about this, and I can’t imagine why they haven’t done so already, I think they could be a real market disruptor simply because of their size and reach.

All of this is pure speculation on my part, but hopefully not entirely loony.  I’ve got quite a list of these scenarios taken from my “wild cards” analysis, so please stay tuned.  And if you have greater visibility into what Microsoft is doing in this area, I’d welcome your comments.