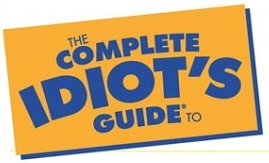 One of NetSuite’s many new product features announced in his SuiteWorld keynote last week by NetSuite founder and CTO Evan Goldberg was ‘Multi Book Accounting’. “This is not so you can keep a separate set books for the tax authorities,” he joked. Rather, it’s for multinational businesses whose operations have to report under varying accounting rules. The underlying set of figures is the same, but the reporting rules about how to present the results can vary from one country to another. Keeping a separate set of books for each accounting regime avoids messy manual corrections and updates. It’s an important upgrade to NetSuite’s capabilities and will help the company win further successes in so-called ‘tier-2′ instances, where NetSuite is brought in to run subsidiary operations under a head office implementation of SAP or Oracle. [Disclosure: NetSuite has funded my travel and accommodation to be here].

Of course another way to run multi book accounting is to run two completely separate accounting systems in parallel. It’s not as elegant a solution, in fact it might seem a pretty bizarre thing to do, especially for a single accounting entity. But convincing evidence emerged today that SAP subsidiary SuccessFactors is doing exactly that. Regular readers may recall that  I explored the apparently contradictory statements coming out of SuiteWorld here in San Francisco and the SAPPHIRE event running at the same time in Orlando. SAP has renewed SuccessFactors’ NetSuite licence, gloated one CEO. We swapped it out for SAP’s Business ByDesign in just six weeks, crowed the other.

What SuccessFactors CEO Lars Dalgaard may have forgotten however is that a SaaS vendor can easily check whether or not a customer is still using their system. Not to look up the actual data, you understand, which would be completely beyond the pale. But it’s generally good practice to have systems that allow you to track your customer’s activity on the system. If usage is dropping off, that’s often a useful forewarning that a renewal might not be forthcoming.

So it was that NetSuite’s CEO Zach Nelson met with analysts today ready to cite figures from yesterday’s usage reports. A total of 130 unique users had accessed the SuccessFactors NetSuite system he said, making 350 separate logins between them. COO Jim McGeever went further, adding that some of them had been in the invoicing module creating new invoices. It’s clear that, although ByDesign may be up-and-running at SuccessFactors, there are still a lot of users actively operating the NetSuite system. Evidently the transition has not been the six-week stroll in the park implied in yesterday’s press statement.

Unless, of course, SuccessFactors really has gone fully over to ByDesign while continuing to operate a phantom business on its NetSuite instance as a smokescreen to mislead its rival. Now that would be a really weird case of multi book accounting. But in this conference pantomime of claim and counter-claim, who can tell the real truth of the matter?

In other discussions, one analyst with experience of some of the world’s least scrupulous economies pondered whether the NetSuite management console incorporated a ‘kill switch’ that could be flipped to destroy the books in the event of a tax raid. No there isn’t, the company’s spokesman responded with a bemused expression. If there were, I suspect Lars Dalgaard would have flipped his by now.

One response to “The idiot guide to multi book accounting”