I attend a lot of software events every year. A lot!

The events that I like the best, and the ones that get customers seemingly jazzed up the most, are events where vendors introduce an amazing quantity and quality of innovation that exceeds the initial expectations of the attendees. Bad conferences, in contrast, usually have a software executive speak about some generic trend in the industry that their firm might get interested in in about a decade or so. And the worst conferences have no new product news. They try to make do with some sort of external motivational speaker who tries to make you feel good without thinking about your non-productive investment in a software product. (I always think of an unfunny version of Chris Farley when he played the guy that lives in a van down by the river….)

I thought one of the highlights of the event was Evan Goldberg’s keynote on Wednesday. He jammed more updates, more news and more things that the crowd wanted to see/hear in a 90-minute segment that most multi-day software confabs don’t get out in a week. He kept my attention throughout. 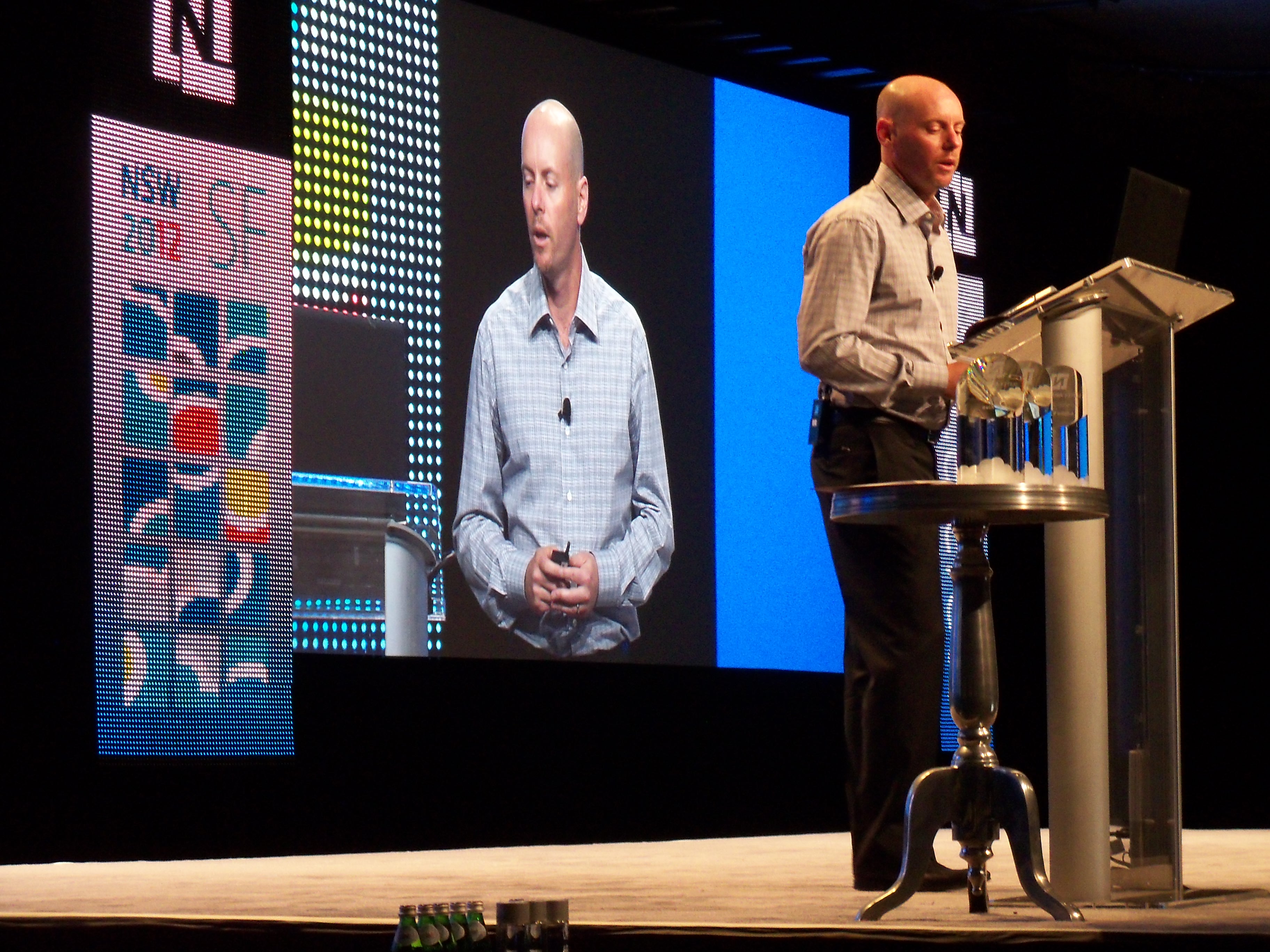 Evan started off describing their rather large growth in headcount the last few years. It now is at 400 with many of them involved in R&D activities. In contrast, headcount was ½ that one year ago and ½ again as large 2 years prior. 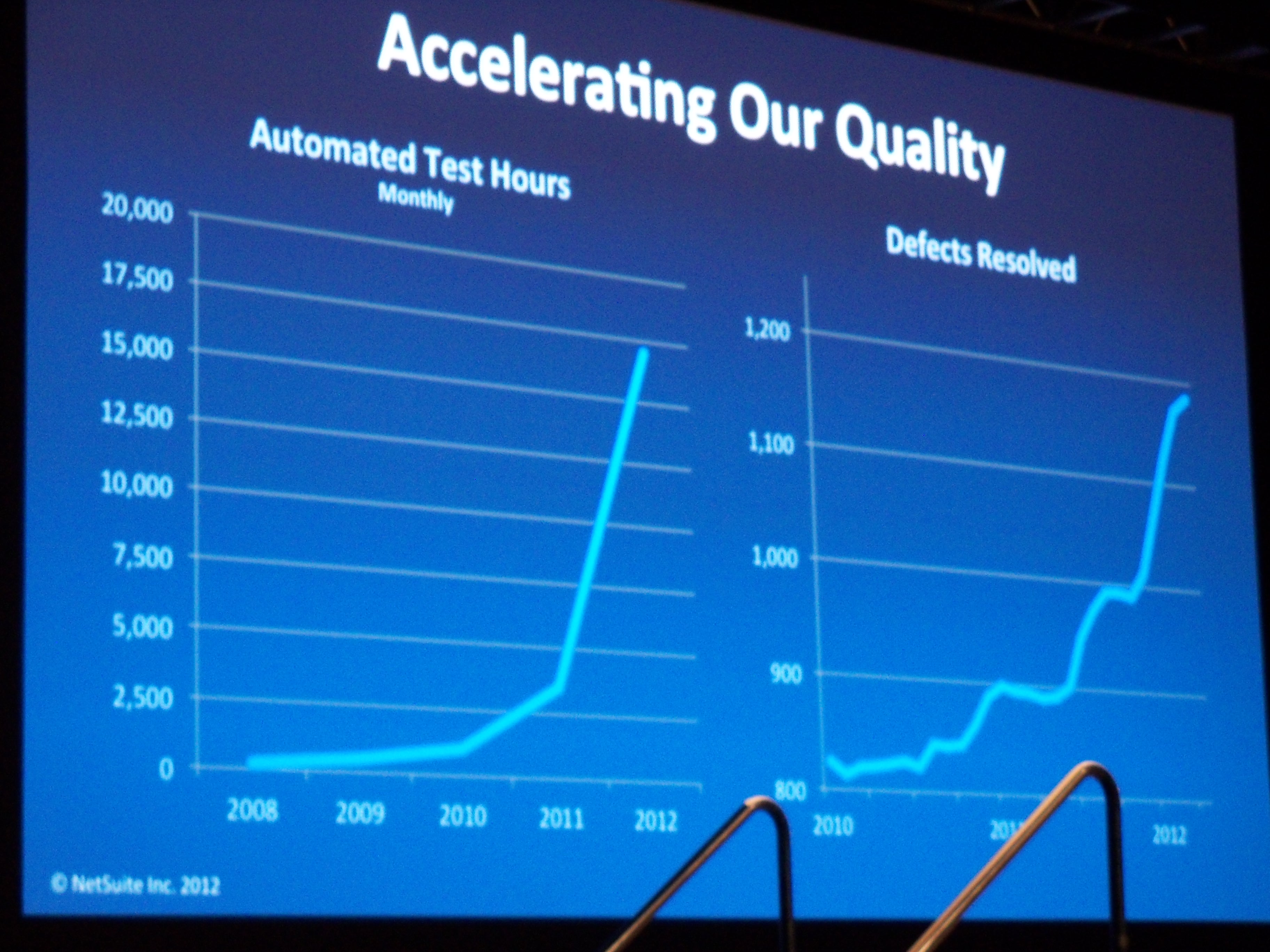 The cynic in me would say they had to do this because of the growing product footprint. The fact that they actually are doing this should be of great comfort to the install base.

The number of enhancement points per release is also up sharply (and that is why they are doing more testing). 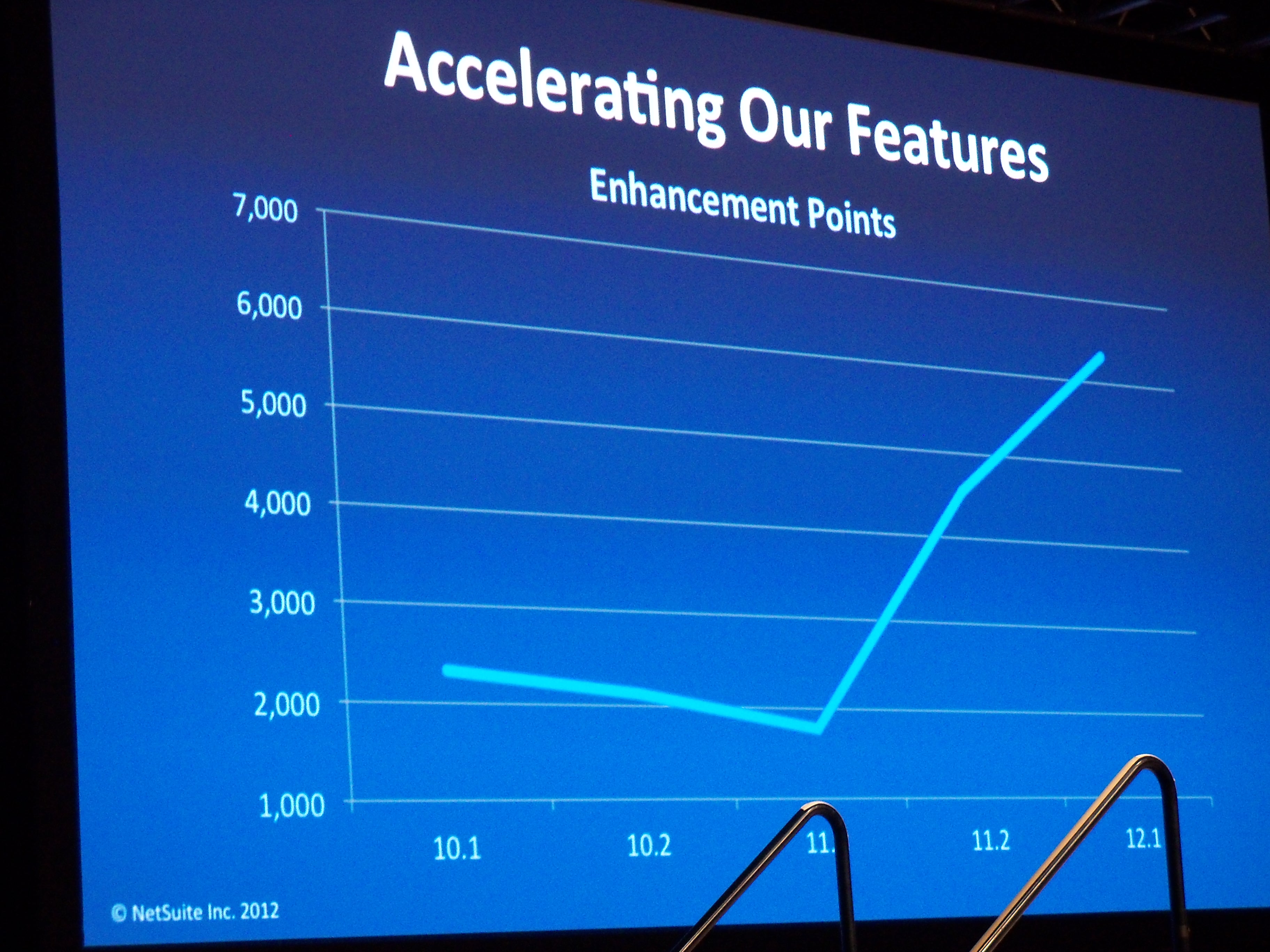 Evan broke the major product line changes into four categories: User Experience, Platform, Enterprise and Industries/Verticals. He powered through a lot of updates on each of these four areas. Here are just a few of the areas/highlights he touched on:

In verticals, Evan showcased a number of enhancements. I’ll let his own slides tell the story: 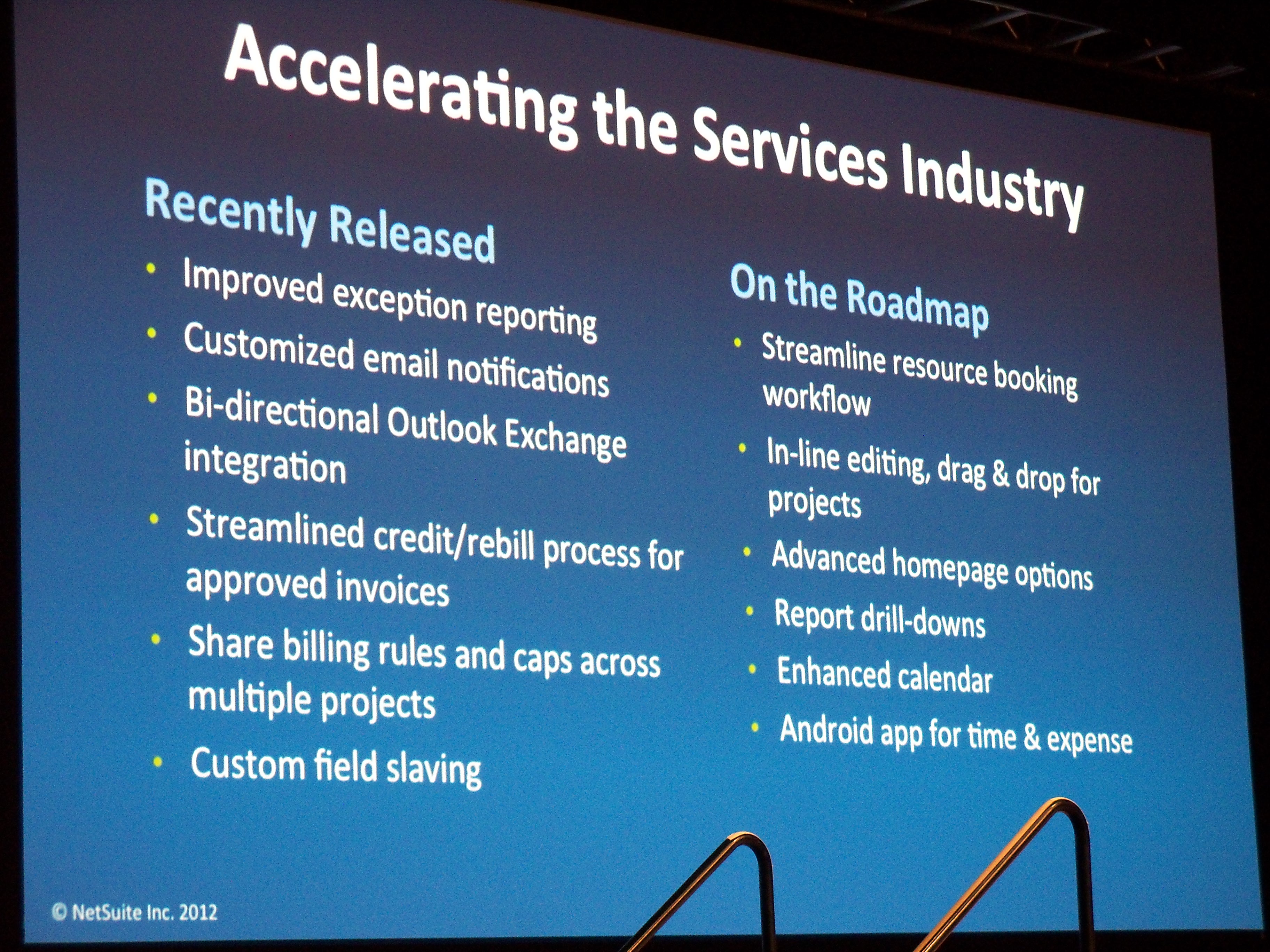 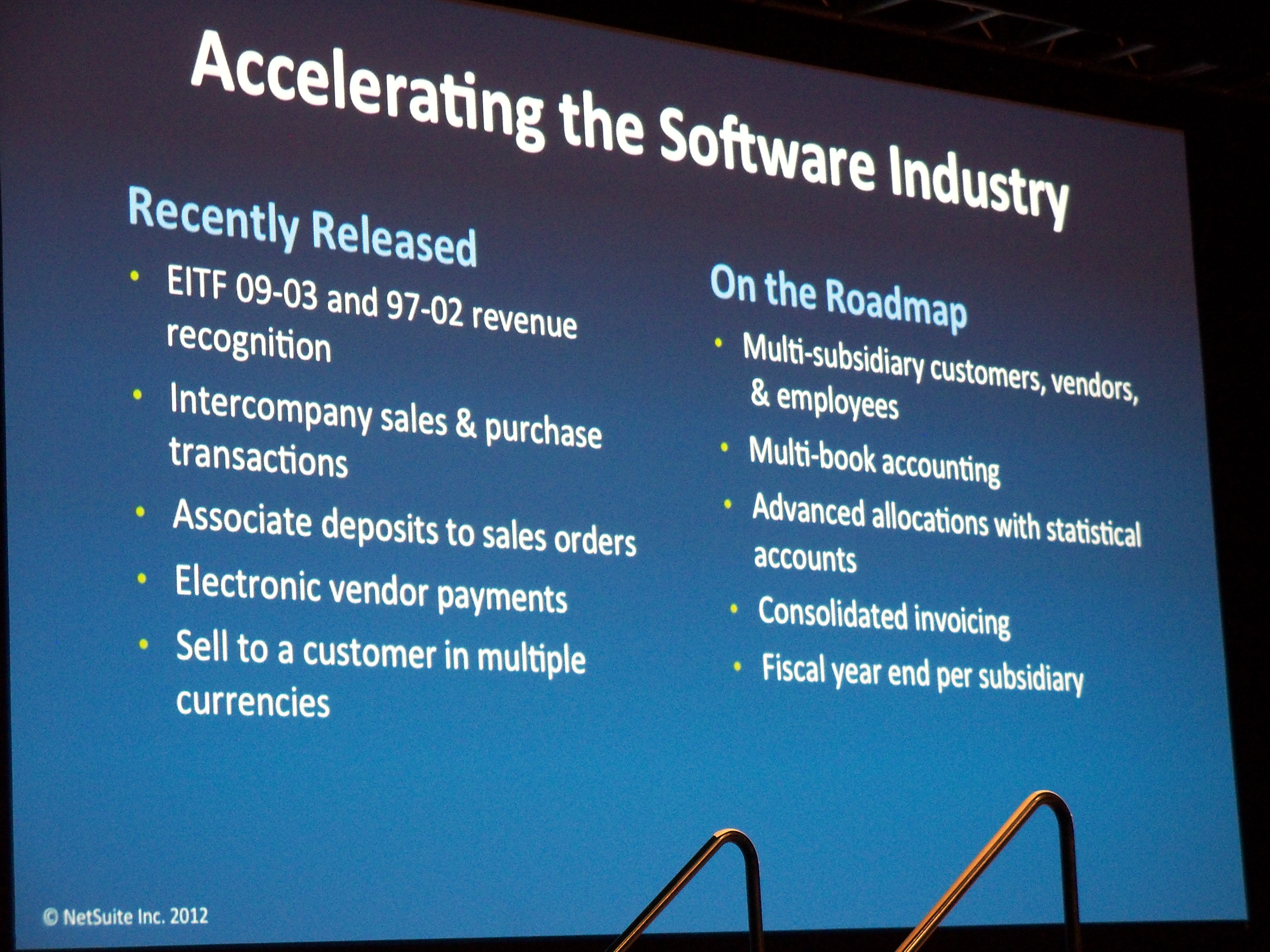 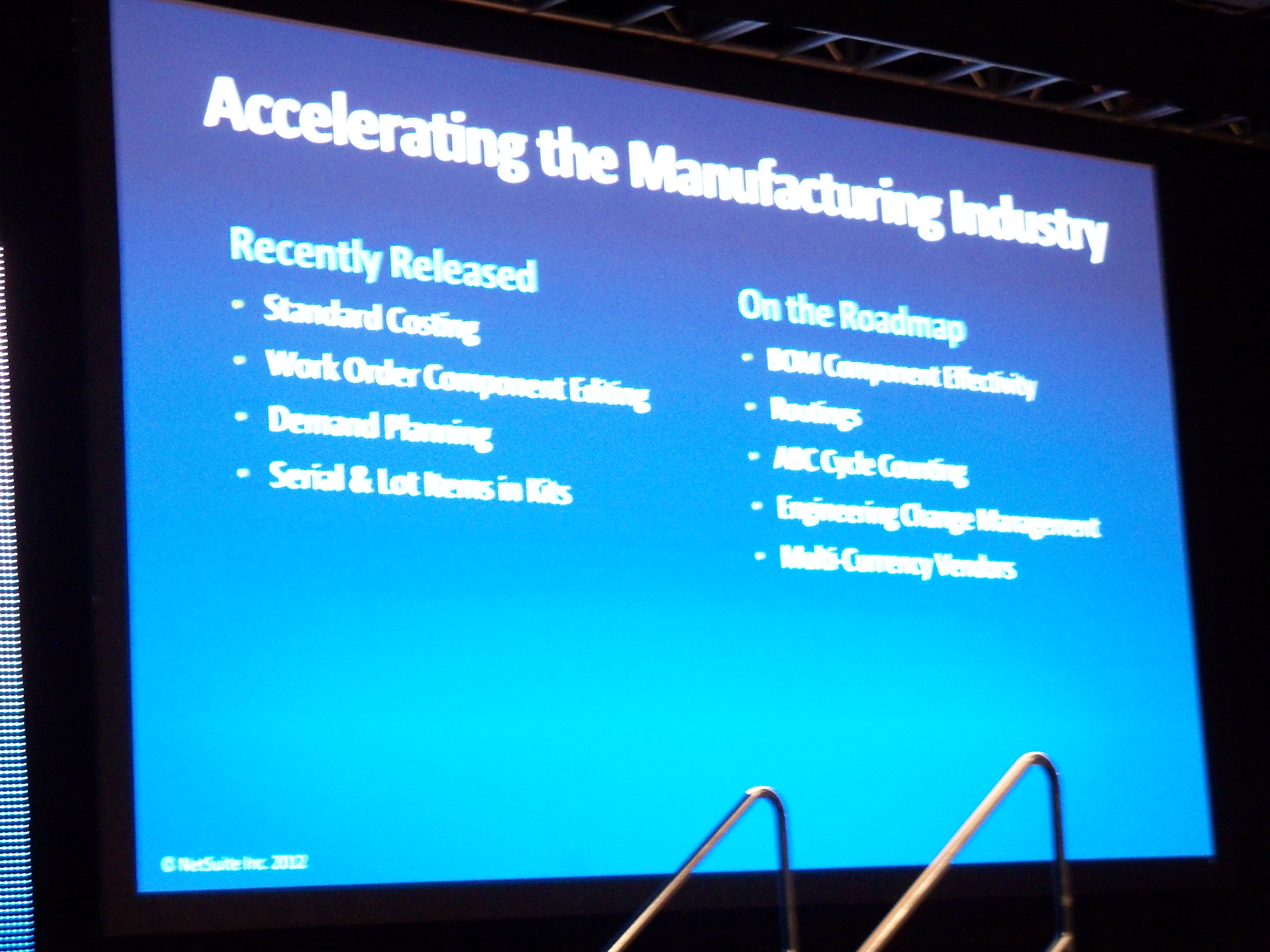 Evan also discussed a number of enhancements to their wholesale distribution functionality. Specifically, he showed new functionality in intelligent order allocation and available to promise.  Likewise, he showed a new dynamic merchandizing capability in their e-commerce solution.  He even showed a “revenue as a service” functional enhancement. The thought here is that as all sorts of firms are shifting more of their revenue from products to services, they’ll need a very flexible way to bill, account, etc. for these monies.

I paid particular attention to a major upgrade they made to their enterprise solution. This involved the ability to maintain several concurrent sets of books for a single transaction globally. This is needed because a U.S. headquartered firm may keep its consolidated books in U.S. GAAP but its subsidiaries may use IFRS or different GAAP methods elsewhere. This new functionality will help firms with tangled revenue recognition and other accounting challenges. This puts NetSuite closer to competing with Workday for cloud accounting deals especially with subsidiaries of conglomerates. 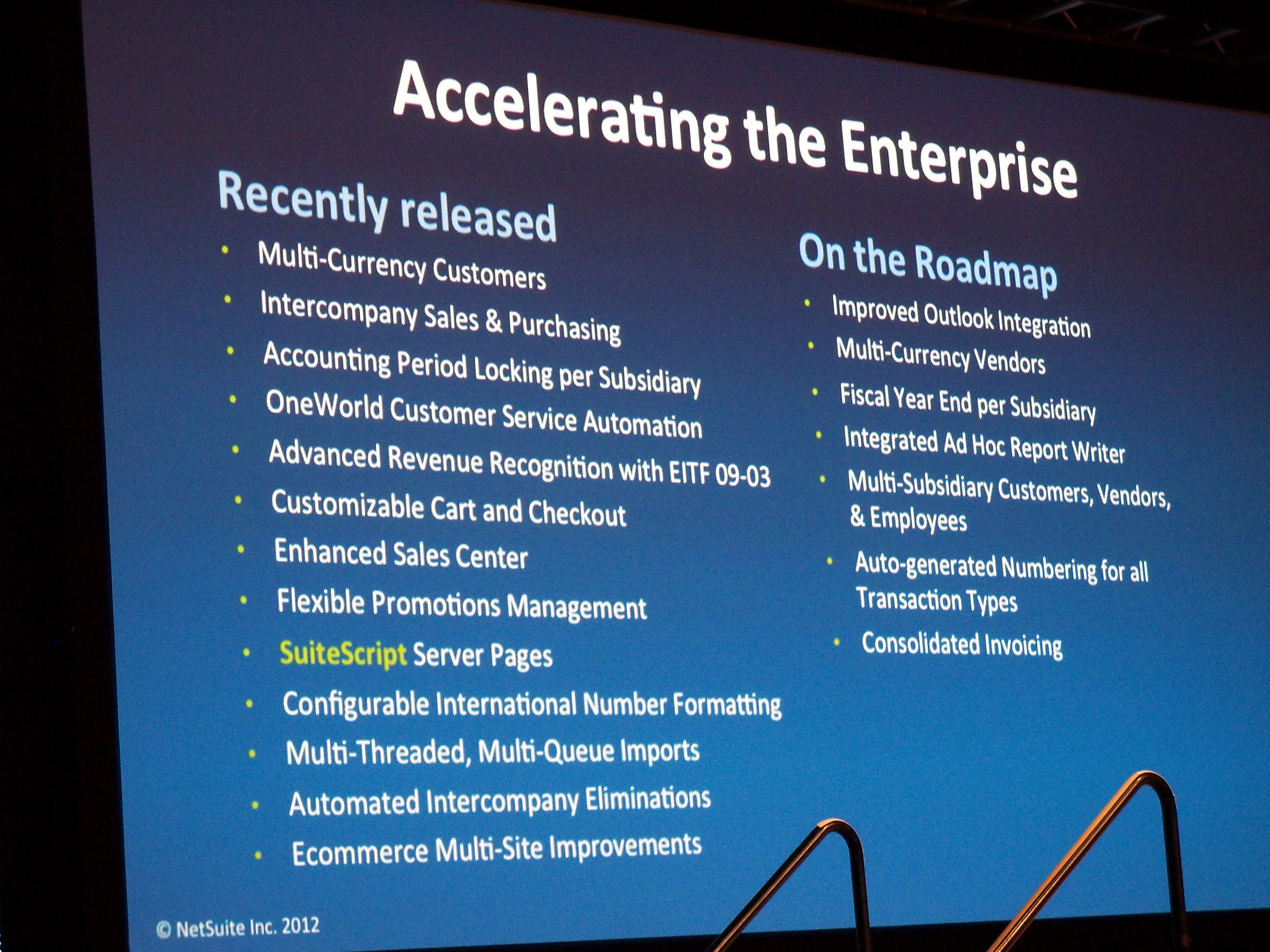 In the platform area, Evan demonstrated their SuiteCloud IDE tools. These permit faster cleaner development on the NS platform. 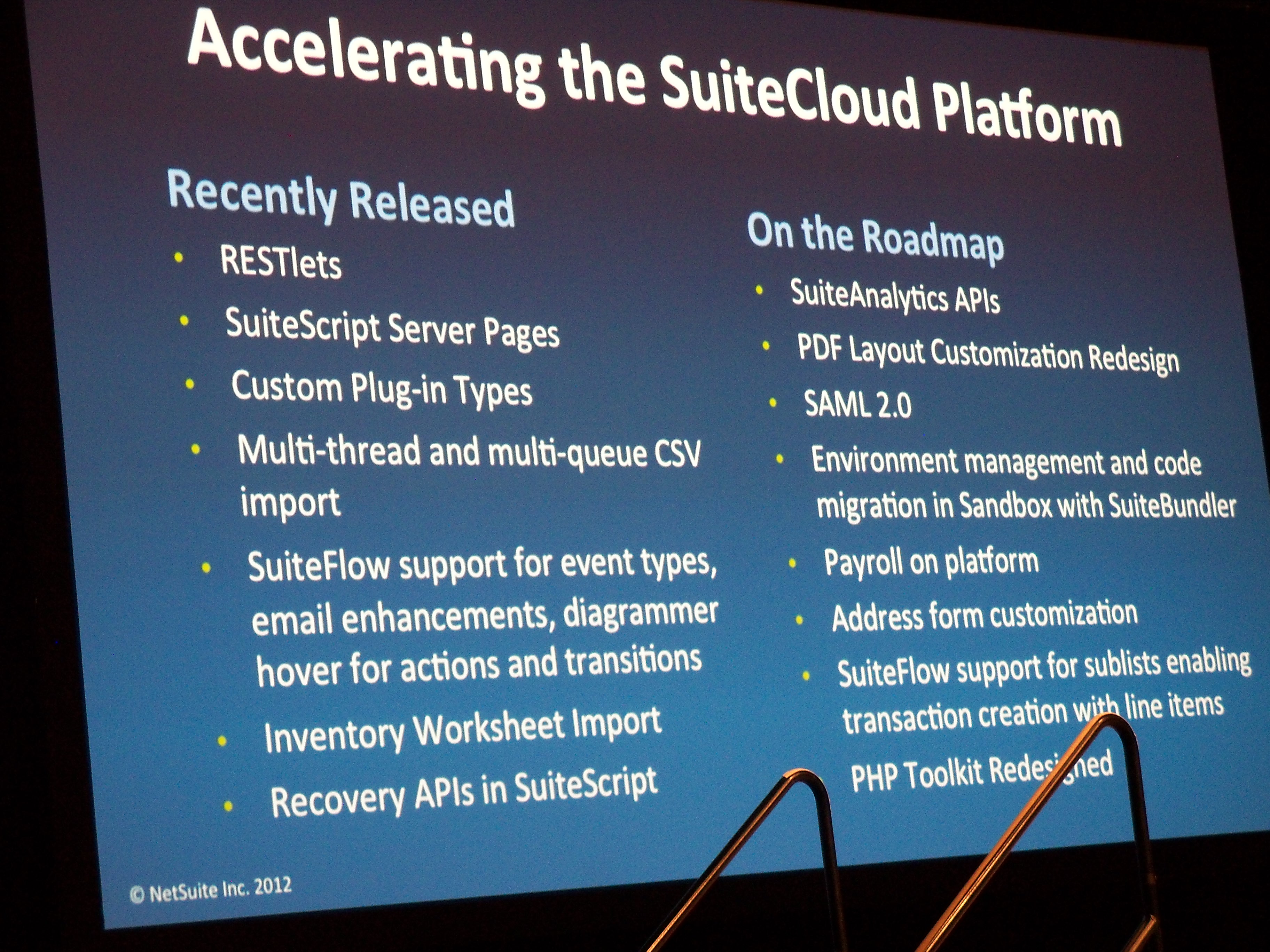 NetSuite needs to bottle this presentation and take it on the road. Evan’s remarks started to have the energy of a DreamForce or CloudForce event. The big difference was the number of product enhancements.

Some of my peer analysts may have felt that some enhancements were overdue or still not sufficient. That may be; however, the sheer volume and velocity displayed at this event show NetSuite becoming a formidable player. Other vendors should envy NetSuite’s R&D capability in doing so much with so few. In a week with so many other vendor conferences, the lack of product news from other vendors was notable.

Disclosure:  NetSuite covered my air and hotel costs for this event.