So for the first time since the ’08-09 crash, we’re finally starting to see the impact of a commodotizing services market, as HP makes plans to shed 30K jobs this week. 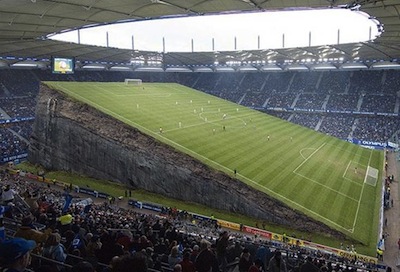 HP may have had some war wounds inflicted on itself with the standardized services models of today, but there is still the opportunity to position itself to win the higher value engagements of tomorrow

However, I believe HP is a symptom of a commodotizing and standardizing IT/business services industry – it’s recent woes have forced it to take corrective action that many of its competitors will surely have to also take in the future.

The bottom line is that several providers of HP’s ilk are getting overbloated – and have been for a while – and simply can’t continue to remain competitive in today’s market under the old rules of yesteryear.  It’s time to trim the fat.  And while other analysts are claiming HP is an anomaly in the services business, I don’t agree – we’ll see several other service providers make corrections to their workforce sizes in the coming months.  The old “butts on seats” services model has to transform or we’ll all be on a race to the lowest common denominator.

Meg Whitman is doing what she was hired to do – straighten the ship, re-energize the management talent and getting HP on a roadmap to competitiveness.  However, this is the start of a long process to correct the utterly rudderless policies of Léo Apotheker’s short-lived, but very damaging, spell as CEO. While a 10% layoff is tough to take, this is likely not going to be the first workforce correction we’ll see from Whitman this year.

How has HP found itself as the first Tier One IT Services provider to start shrinking its workforce?

Léo Apotheker had left HP in a sorry state from which it is proving tough to recover.  During his ill-fated 10-month leadership spell leading up to his dismissal in September of last years, he’d helped wipe 40% off of its stock valuation and $30bn from its market cap.  His corporate leadership decisions were well documented in HfS, and the resulting financial performance has proven tough from which to recover, with little upward movement since Meg Whitman’s appointment as CEO.

HP is a victim of its own success as it helped create today’s commodity services market. The Tier 1 IT outsourcing providers (Accenture, CSC, HP and IBM) are slowly discovering their success in standardizing the IT outsourcing market is no longer demanding such bulky staff delivery requirements.  The movement away from asset heavy deals and heavy staff transitions no longer necessitates the mammoth-like deals of yesteryear.

HP’s previous leadership failed to build on its EDS acquisition, which has ceded much of its market position. EDS was one of the original pioneers of ITO, typifying the mega-million dollar IT infrastructure deals of the 80′s, 90′s and early 2000′s.  However, as that business suffered from squeezing margins and the focus away from heavy asset-transfer, EDS developed one of the industry’s stellar SAP development and maintenance practices. And when HP, also a major proponent of SAP services, acquired HP in 2008, it was expected the combined outfit would go from strength to strength as a powerhouse enterprise IT/business services provider.  Instead, we witnessed the likes of Infosys, TCS and Wipro infiltrate the SAP services market; Accenture and IBM develop genuine offshore competitiveness to fight the Indian low-cost wave; while Deloitte and Capgemini have remained competitive as consultants and integrators.  HP, CSC and a few other “old school” ITOs became paralyzed in a state of denial as their market competitiveness was quickly eroded.

With Mark Hurd obsessing about HP’s hardware business, and his successor Apotheker seemingly trying to turn HP into a software firm (or at least we’ll credit him with trying to achieve something), HP clearly lost focus on its EDS business, while a global recession wasn’t exactly helping matters.  Additionally, HP’s BPO business has remained relatively stagnant since the EDS merger – and is only now showing signs of a resurgence with Whitman placing new management talent to energize its clients and refocus its staff.

The move to the Cloud has further leveled the playing field. Cloud computing deals are further placing the onus away from enterprises purchasing hardware assets and their related labor intensive services.  Moreover, the new wave of Cloud deals is signaling an end to long-term lock-in contracts and more choice to the enterprise buyers. We actually see this as an opportunity for the quality infrastructure providers, such as HP, investing in tech personnel who can develop Cloud-based apps and infrastructure environments for clients.  Cloud isn’t further commodotizing the game – it’s democratizing it, giving buyers more choice and easier access to talent, away from contract lock-ins and inferior services.  The commodity offshore players are scared of Cloud (remember our old friend, HCL’s CEO Vineet Nayar?), where you can’t compete simply by hiring armies of ABAP programmers fresh from college.

The Bottom-line: HP is addressing its problems – and it won’t be the only provider going down this path

Finding differentiation between standard IT services these days is almost impossible.  Armies of Indian delivery personnel and competitive rate cards provide the engine of today’s standardized IT services industry.  Those providers with the smartest pricing and personnel factories will win that game.  The real differentiation points are unraveling higher up the services stack with the development of offerings that achieve business objectives, based on outcomes that are tied to them.  It’s going to be those providers that can integrate services, with domain specialities to solve complex problems (not all businesses can slam in an SAP or Oracle and be done with it), and those companies seeking to make radical changes to their internal operations to compete globally, where they can take advantage of globalized shared services and outsourcing, and the disruptive potential of Cloud.  HP may have had some war wounds inflicted on itself with the standardized services models of today, but there is still the opportunity to position itself to win the higher value engagements of tomorrow.  That game has only just begun…