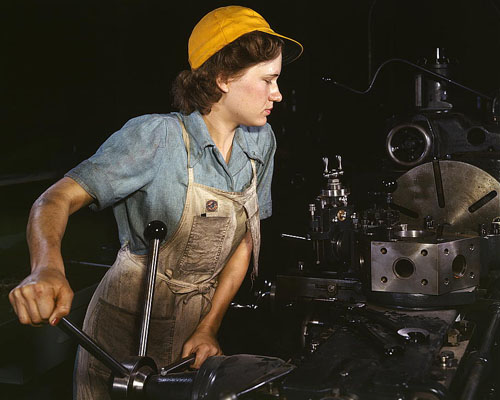 Memorial Day has me reflecting on various things I’ve read or thought about recently.  I know there have been wars and fallen since, but I always think of World War II and the Greatest Generation  when I think of Memorial Day.  The Greatest Generation is a term Tom Brokaw coined that refers to that generation that grew up in the Great Depression, fought World War II, and then went on to make America a Superpower.  He wrote in his book of the same name of the Greatest Generation that ”it is, I believe, the greatest generation any society has ever produced.”  He argued that these men and women fought not for fame and recognition, but because it was the right thing to do.

It’s clear this group of people, born from 1914 to 1927 left an amazing legacy.  The Baby Boomers, like myself, were the children of the Great Generation, and it is not clear, looking at events in the world more recently, that we’ve done as well as our Mothers and Fathers were able to.  We live in a world now that is less interested in doing the right thing, and more interested in fame, fortune, or instant gratification of one kind or another.  While we accomplished some exciting things such as putting men on the moon and inventing transistors, there is a lot more to be less proud of.

I read one of Seth Godin’s recent pieces, about Emergency Room Doctors, and it summed up a lot of the attitude for startups today.  In essence, Godin is talking about company cultures whose focus is almost exclusively on stopping whatever is bleeding or broken at the moment.  Such cultures have little time for strategy and preventative medicine.  As Godin says:

We need emergency room doctors, no doubt. I just wonder if we have too many of them in your organization. If all we do is reward fast first aid in what people do at work, is it any wonder we don’t have enough attention to the strategy and choices that would eliminate the need for all that running around in the first place?

Clearly many teams have too many Emergency Room Doctors, but the mentality seems to pervade even what startups aim for.  In a recent interview for The Atlantic, serial entrepreneur Steve Blank says Silicon Valley innovation is dead:

I think it’s the beginning of the end of the valley as we know it. Silicon Valley historically would invest in science, and technology, and, you know, actual silicon. If you were a good VC you could make $100 million. Now there’s a new pattern created by two big ideas. First, for the first time ever, you have computer devices, mobile and tablet especially, in the hands of billions of people. Second is that we are moving all the social needs that we used to do face-to-face, and we’re doing them on a computer.

And this trend has just begun. If you think Facebook is the end, ask MySpace. Art, entertainment, everything you can imagine in life is moving to computers. Companies like Facebook for the first time can get total markets approaching the entire population.

In essence, what he is saying is that rather than innovate, there are vast platforms–mobile devices, the web, and social platforms–that can be cashed in on too easily by focusing on facile non-innovative applications.  You know, what Facebook, Pinterest, Twitters, and a hundred others do.  Why innovate when you can just troll for the next fashionably popular thing on one of these mega-platforms.  GigaOm’s Derrick Harris makes a half-hearted attempt at disputing this claim in his article, “Innovation isn’t dead, it just moved to the Cloud.”  I say half-hearted, because his money quote is this one:

Much of Silicon Valley’s most-innovative efforts might be coming out of Google and Elon Musk’s mind, as Blank says, but cloud computing has made innovation something anyone can do.

Is something anyone can do innovation?  Isn’t true innovation, the innovation we used to see, all about enabling people to do something new that they never could before?  Let’s not confuse the doing of it with the enabling of it–one is innovation and one is mere execution after the innovation is done.

In the world of today, we substitute many things for innovation.  We pivot because we don’t have the patience to make it through what Seth Godin calls “The Dip“.  The Dip is that period when you have to decide whether to give up or not.  Things look bleak during The Dip.  One could argue it is an ideal time to Pivot.  In fact, Godin will tell you that is what separates the winners from the losers:  the winners stick with the right idea through The Dip.  The key insight is not in quitting when things get tough, but in knowing when not to quit.  His book by the same title is all about understanding when to stick with it and how to tell if it is worth it:

Every new project (or job, or hobby, or company) starts out exciting and fun. Then it gets harder and less fun, until it hits a low point-really hard, and not much fun at all.

And then you find yourself asking if the goal is even worth the hassle. Maybe you’re in a Dip-a temporary setback that will get better if you keep pushing. But maybe it’s really a Cul-de-Sac, which will never get better, no matter how hard you try.

What really sets superstars apart from everyone else is the ability to escape dead ends quickly, while staying focused and motivated when it really counts.

Winners quit fast, quit often, and quit without guilt-until they commit to beating the right Dip for the right reasons. In fact, winners seek out the Dip. They realize that the bigger the barrier, the bigger the reward for getting past it. If you can become number one in your niche, you’ll get more than your fair share of profits, glory, and long-term security.

It’s a very subtle distinction, and I wonder how many who Pivot really understand The Dip?  Just because it’s hard and things don’t seem to be working doesn’t mean you shouldn’t stick it out.  A great test is Godin’s probative question,  ”if you accomplish that, will you be seen by your audience as the best in the world, or will you be seen as doing your best?”

Are Startups focused today on seeking out The Dip, because that’s what winners do, or are they focused on pinging as much of the success search space as they can looking for an instant hit?  Are VC’s helping their portfolio companies seek out and navigate The Dip, or are they avoiding any sign of The Dip in hopes of making their early stage investments in companies that either got lucky or already got through The Dip on their own?  How many VC’s rub their hands together in delight when a company comes in having hit The Dip and needing help, but with no clear idea how to get through it?  Are teams composed of Emergency Room Doctors fighting for fame and recognition, or are they strategists who seek out The Dip and navigate it carefully, knowing that few ships can make it through the rough seas around the Horn, but that the New World and its riches await those that do?

What would the Greatest Generation do today, if they were in our shoes?  Those people lived through some of the greatest dips in history.  Take a moment to honor and think about their sacrifices on this Memorial Day 2012.