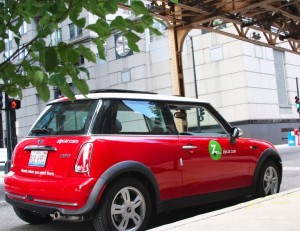 Recent economic news is lousy.  The Eurozone can’t seem to decide on the fundamental question the robber asked, “Your money or your life?” and indecision is cascading across the globe in the form of slow or no growth.  It’s as if we’re choosing slow death, boiling our own frog.  Unemployment rates are either high or higher and various policy and economic experts offer conflicting prescriptions that cause food fights among the proletariat.

Hard to find credit and high debt loads are preventing most people and businesses from behaving as rational economic actors.  Rather than borrowing to start life and buying cars, housing, refrigerators and all the accoutrements of household formation, many recent graduates are moving back home.  They do this because the only jobs they can find might pay enough to enable them to pay off student loans but not enough to form households.

The situation is much the same anywhere you look and the combined reluctance or inability to spend is a drag on recovery.  Your spending is my income while my spending is someone else’s and in an economy where upwards of 70 percent of spending is driven by consumers, this kind of slowdown is debilitating.

I know what you are thinking.  Here’s comes a plea for more spending by government to perform what used to be called pump priming.  I won’t say that I am not thinking about it.  There was an article in the New York Times last week about the awful state of infrastructure in the U.S. and the need to repair it.  Those repairs would go a long way toward helping the economy recover.  The article suggested that we needed to spend about $2 trillion recommended by the American Society of Civil Engineers to do the job.

But I am not going to go there because there is an alternative.  It’s not a perfect alternative but it might be good enough to get us off the dime and it’s one that most people reading this will understand.  It’s the subscription economy.

We all know about subscriptions from things like software as a service.  You know the drill — pay a little each month for the use of a system rather than paying a lot up front for the right to own, house and feed a computer system.  We’re good with that and the success of cloud computing over the last dozen years is testament to the idea’s viability.

But software is not the only thing to consider when you think about subscriptions.  We lease cars or participate in ZipCar systems, we have monthly contracts for cellular services that include the cost of our devices as well as the use of the network.  But there are many other kinds of subscription that are becoming fashionable, like fashion.  You can subscribe to your wardrobe or at least part of it and there’s almost no limit to the things you can get cheap through subscriptions.

You might not think about it this way but if someone plows your driveway in the winter or cuts your lawn in the summer, you are subscribing to a service that keeps you from having to buy a snow blower or a lawn mower.

Employing more subscriptions would function like an economic stimulus to the degree that they would stimulate demand among people who have a little money but not a lot and who can’t pull together the cash needed for an outright purchase.  That would increase demand and possibly drive employment.

One of the big challenges in moving to a subscription economy is cultural.  Companies need to figure out how they can show positive results if the thing they once sold for a million bucks now only brings in $100,000 as an annual subscription.  The numbers are, of course, all over the map and this example is purely hypothetical.  But for sure, subscriptions will bring in less revenue regardless of whether that revenue represents profit or some other cost from a supplier.

And shareholders are accustomed to getting their numbers a certain way and as many look at it, lower revenues mean lower profits and lower profits means a less valuable company on the stock market.  The tipping point comes when enough people realize that subscriptions are the new normal and that the higher margins of outright purchases may not be coming back.

So the infrastructure for a subscription is present from individual services to advanced billing and payments systems like Zuora.  Maybe in addition to cash mobs we should consider subscription mobs when we’re thinking globally and acting locally.  Just a thought.

2 responses to “The Subscription Model’s Role in the Economy”