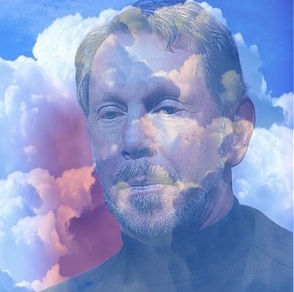 Oracle has some seriously significant things to say to its customers about the cloud, enterprise software, engineered systems, and the rest of the company’s strategic portfolio. And if it approached the task a little more seriously, I think the company would start winning not just in the eyes and wallets of its customers, but also in the court of public opinion as well.

Instead, Oracle remains severely message-challenged by the way its chairman, Larry Ellison, approaches the task of putting the company’s message out to the public. Along the way Ellison manages to create a mess worthy of Newt Gingrich in the Republic primary campaign  – turning what should be a discussion of facts and issues into an annoying sideshow, a mix of cheap (and factually off base) swipes at the competition and some massively hyperbolic claims about the history of Oracle’s cloud’s efforts and exactly how many cloud apps one of the market’s leading cloud app company actually has.

Yes, Oracle is an undisputed leader in cloud apps, a position it earned through a combination of organic growth (Fusion Apps) and acquisitions, most recently ATG, Taleo and Rightnow. But that’s apparently not enough – at last week’s unveiling of Oracle’s cloud strategy, Ellison felt the need to claim that Oracle has 100 cloud apps, while trash-talking (incorrectly) competitors that he claimed have only recently acquired their way into the cloud or are allegedly saddled with the wrong technology. And while we’re at, Ellison also decided to revise his own company’s history by claiming that Oracle started down the road to the cloud with the original Fusion project seven years ago, when that road trip really started more like two or three years ago.

I was amazed at the 100 apps claim, as I have been following the company as close as possible (which is ain’t easy –Oracle in recent years had the undisputed leadership position in running a mediocre influencer program, though the company has been trying in recent months to fix the problem) and I simply couldn’t see where the 100 apps number came from.  Indeed, Ellison at one point boasted that Oracle was eating its own dog food by running four of its own cloud apps, and a familiar list appeared on the screen: Fusion Sales and Marketing, Fusion Financials, Fusion Talent Management, and Fusion CRM. (When these four apps appeared on the screen, I couldn’t help asking in a Tweet where the other 96 apps were.)

To its credit, the aforementioned, clearly improving influencer team put Oracle’s Steve Miranda on the phone at the end of last week to clarify the discrepancy, and Steve’s comments made it clear that Oracle was counting each module of each application set as a separate app, even though Fusion Data Quality Address Cleansing isn’t really an app that could even begin to stand alone without the rest of the Fusion Data Management App.

In the end, Steve and I agreed to disagree about the nomenclature issue: it’s clear that terminology is all over the map in this market, even, or especially, at Oracle. Indeed, at one point in a presentation Steve gave to industry analysts earlier this year he referred to “suites” of cloud apps (which would definitely open up the possibility that each suite contains multiple apps), while at another point in the same presentation he clearly presents Oracle’s seven Fusion Apps (Financials, CRM, GRC, HCM, Project, Procurement, SCM), using the designation for apps that most of us are familiar with.

Steve also, to his credit, pointed out that Oracle hardly has a monopoly on hyperbole. He’s absolutely right:  A great example of this comes from a recent press release from Workday that claimed the company supports customers in 219 countries. That’s pretty hard to do: most online sources show a maximum of 193 countries in the world (and, I would imagine, quite a few of them, South Sudan, for example, aren’t exactly places you’d want to set up shop as a cloud vendor.)

So, if it’s just a question of a little hyperbole and a problem with nomenclature, where’s the beef? Part of my annoyance is admittedly personal – does Ellison really believe that his audience, which includes me and my fellow analysts, and a collection of rather intelligence customers and prospects as well, will walk away from an Oracle event that conflates fact, fantasy, and, shall we say, atypical terminology, with a positive impression of the company as a market leader? To me Ellison’s recent performance looked desperate, trivialized the important issues, and otherwise reminded me of Newt Gingrich’s wacky presidential campaign and his reality-challenged ideas for the country, the equivalent of talking about going to the moon when the economy is teetering and the world is poised for war on three continents.

The other part of my annoyance is based on trying to understand why Ellison bothers to play the game this way at all. At this point, Fusion Apps is looking pretty good, customer uptake is decent for a nascent product, the competitive wins are convincing, and when you add recent the acquisitions to the mix, I think it’s safe to say that Oracle boasts the largest cloud apps portfolio in the business.

So why not just say that? And why not, if you’re going to bash a competitor like SAP, hone in on the fact that they felt they had to go outside twice to get their cloud strategy right (first by hiring John Wookey after he quit Oracle, and then by giving the cloud apps strategy over to Lars Dalgaard of SuccessFactors), instead of making up some nonsense about SuccessFactors being the only cloud app that SAP has? Why not take Workday to task for something real, instead of pretending that the company has made a bad bet on using Flash when it has publicly committed itself to HTLM5? Why even bother claiming that Fusion started as a cloud project – who bloody cares, really?

When it comes to Oracle, I have a dream. In that dream, Larry Ellison decides to take the high road, and just talk honestly and credibly about what his company does and has done and will do, instead of putting on an intelligence-insulting show. There are plenty of people inside Oracle who already do that, though their voices are often drowned out by Larry’s hyperbole. It’s time Larry took a chance on being more than just Larry Ellison the guy playing for cheap laughs and sound bites – Larry Ellison the reasoned market leader would be a refreshing change from what we’re being subjected to today.

If only dreams could come true…