Anybody following technology stocks knows that last month’s Facebook’s IPO on NASDAQ was a disaster. The IPO involved market confusion and charges that brokers withheld information, culminating in a rapid price decline when the stock opened. In addition, system issues delayed the opening by thirty minutes. Yes, this IPO was a mess by any standard. 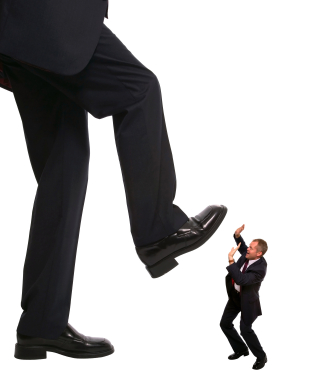 In light of all these problems, it is now fascinating to read a summation from the CEO of NASDAQ, Robert Greifeld. Presenting to a group of corporate directors at Stanford University, Greifeld noted that NASDAQ staffers suffered “arrogance” and “over-confidence” in relation to the Facebook IPO. He also blamed his IT department, as reported in the Wall Street Journal:

Nasdaq’s ordering system had successfully handled 480 IPOs in the prior five years, but was unprepared for the crosscurrents around Facebook’s IPO, one of the biggest ever. “Testing didn’t account for the increasing volume at which cancellations can come in,” he said.

Mr. Greifeld said Nasdaq executives relied too heavily on assurances from the exchange’s technology group. “There was not enough of a check and balance,” he said. “We did not have enough business judgment in the process.”

Reading these comments, I am appalled the CEO does not take responsibility himself. How unfortunate when the chief executive avoids his own accountability and instead passes the buck down into the organization.

Greifeld’s remarks are especially cutting because they rip into the core of what IT is expected to be today: every bit a strategic business partner. His comments also imply that trust is now diminished. How does a CIO come back from that?

The Bottom Line. The Facebook IPO had many problems, one of which was related to IT systems. Blaming the organization, rather than accepting responsibility, is not the mark of CEO greatness. All of which begs the question – what did CEO Robert Greifeld do to ensure everything went smoothly? Apparently, not much.