The Age of Inflection Points 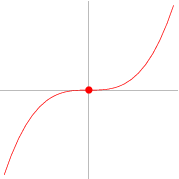 Microsoft buys Yammer is either the worst kept secret in the Valley in some time or the slowest simmering headline waiting for life to come out of tech.  Rumors of the deal as well as escalating estimates of its cost have been rampant for weeks so I am glad to put this one to bed.

In light of this deal and of Oracle’s first broadside in the customer experience wars, I think it’s safe to call an inflection point.  Why not?  We don’t call enough inflection points in my humble opinion.  We simply sit back and say remember when…? long after all the shooting is done.

So here are several inflection points I see.  We have crossed from a monolithic “social is everything” era into an era where social is applied to various solutions in the front and even back office.  This is a good thing because it also signals at least the winding down of the social hype cycle and the beginning of the social is the new way of life cycle which will be much more productive.

Yammer and Jive and Chatter signal the nucleus of a market in corporate collaboration, an inherently social effort within the enterprise and especially outside of the four walls.  This is goodness.  Yammer plus Microsoft yields a solution with a bank account big enough to do battle with Salesforce’s Chatter.  But product and bank account might not be enough if, for instance, Microsoft decides to keep Yammer and SharePoint separate for the simple reason that social is a network not a hierarchy.

So that’s enterprise collaboration but there’s also customer experience that Oracle made a big deal about claiming for its own this week.  Where we had a more or less homogeneous social concept of capturing social data, analyzing it and using the resulting information, we now have all that with separate foci on customer experience (selling and marketing), product development (or product marketing) and service (sentiment).  This is all good in that it sharpens focus and makes more niches.

At the same time, cloud technologies have about reached the end of their hype cycles too.  No one, even Larry Ellison, disputes the utility or inevitability of cloud computing any longer.  There are now simply solutions that make inevitability more or less proximate in time.

So, for example, if you need to replace an aging COBOL CICS application (yes, there are still such things in the wild) your first step might be moving it to a Unix emulator in a cloud, a perfect example of infrastructure as a service (IaaS).  On the other hand, if you’re interested in deploying business applications, a website and mobile applications all running off the same data and business rules without having to develop everything three or four times, platform as a service (PaaS) is your game.

And even all this is not the full extent of the inflection points we’re seeing.  In ERP the emerging consensus is that old ERP is still under amortized, too entrenched and vital to replace so we’re seeing a variety of two tier strategies promoted by the leading ERP vendors as well as by emerging cloud ERP guys like FinancialForce and NetSuite.

All this results in market fracturing and meta-stability.  I say we’re in meta-stable states in numerous markets because each point represents a situation that could be better, faster and cheaper but each also represents the reality that customers are only going to go so far in chasing nirvana.

I was just a little boy ten years ago when the paradigm shifted this dramatically but today I can see it all with fresh eyes.