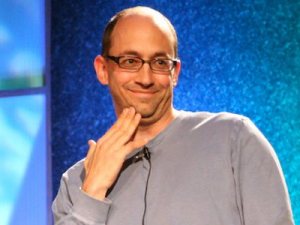 There are many rumblings these days about Twitter’s recent changes blocking LinkedIn from putting Tweet’s into their streams.  Lots of different reactions from various folks:

–  From Twitter’s perspective, they’re trying to deliver “a more consistent user experience.”  We can paraphrase that one as, “We can’t run ads if you don’t come to our site, so we have to block you.”  This is one of many direct examples where advertising creates a nasty conflict of interest between a large audience and the folks who really pay the bills.  It’s one reason why ad-driven business models are more likely to treat their audiences like cattle to be harvested and milked.

–  Owen Thomas points out over on Business Insider that Twitter’s own Facebook app does cross posting.  Well, that is a bit inconsistent, isn’t it?  Apparently Twitter believes it can live without LinkedIn, but not so much Facebook.  Looking at these three services, I think that’s an astute assessment, but time will tell whether they cut out Facebook too.

–  Mathew Ingram warns Twitter to be careful of what happened to MySpace and Digg, who both alienated developers with these sorts of changes.  Mathew agrees with me on the reason for Twitter’s move, “Twitter wants to control the network as tightly as possible so that it can monetize it more easily,” but he goes on to point out that there are downsides to the simple greedy strategy (as there always are).  He points out that the developer community is not happy with these quotes:

Twitter was trying to shut down third-party services so that they could “inflict a homogenized, boring, monoculture on their user base [that] they can monetize, which will make the experience progressively worse.”

Says turntable.fm developer Jonathan Kupferman in a tweet, “Twitter seems to be mercilessly killing all developer apps of any interest businessinsider.com/twitter-linked… Light the match, hello #burningplatform“

John Abell of Reuters points out, “Twitter’s value is its integration with other networks. Cutting them off is like being on the wrong side of history.”

Ingram concludes by pointing out that MySpace and Digg, “started to hemorrhage users because it focused more on monetization through ads and other elements than it did on maintaining a good experience for users.”

–  Dalton Caldwell laments Twitter having chosen the advertising route instead of becoming the Internet’s real-time API.  In the beginning, Twitter was great to many developers precisely because it had an early API that made a lot of sense for things these developers thought were very cool.  Not so much anymore.

–  Nick Bilton of the NY Times calls this latest Twitter move a, “Cacaphony of Confusion” for Twitter owned apps and sites.  He points (among other things) out that if what Twitter wants is a more consistent user experience, starting with Twitter’s own apps is not a good idea.

There were not many positive responses, save for the occassional, “We can make lemonade from this lemon” post, or the other stock-in-trade for Internet Hysteria which was Anil Dash’s missive about how the Web was over reacting by a lot.  He chides the developers for feeling hurt because Twitter is finally readily to appeal to the great unwashed instead of being their personal playground.  He claims this will all ultimately be healthy for the ecosystem because it cuts down on ‘bots Tweeting spam.  Except it doesn’t because I can still push articles from LinkedIn to Twitter, just not vice versa.  Hmmm.  So much for that kind of logic.

Twitter’s real problem here is ironic:  it’s own Brevity limits the options for what it can do.

Look, you only get 140 characters.  There’s nothing left if you try to divide that into something smaller.  If you have something like a blog post, you can link to the frickin’ blog post and there’s ample reason to go there.  With Twitter, why bother linking?  Just put the whole Tweet in the article and save people the trouble.  They can read 140 characters faster than they could click through, possibly have to sign in, get oriented, and read it in situ.

I’ve written along similar lines before when I said that Twitter’s biggest problem is the Tweets themselves are ads.  I’m not the only one.  I’ve heard many a person quip that Twitter is write only and never read, or that it’s just bots Tweeting headlines back and forth about one another.  So many have gamed the service to get more followers for their own ads, I mean Tweets, that it’s a joke.  Robert Scoble has gone round and round and seems to choose his latest Social Dingbat of the day based on which one is the easiest to game into another huge crush of followers in the shortest time.

Is the ecosystem really going to be improved by what Twitter is doing?  Can it fix this problem that Tweets are ads?  And what can you do with high quality non-ad/non-bot Tweets?

I don’t think they will fix the ecosystem.  As I said, they want to make it easy to add Tweets via API’s, they just don’t want you reading them in that way.  And to actually separate the wheat from the chaff is not something they’re directly incented to do.  They want to live on the advertising model.  And, to keep a consistent user experience, that’s only going to work if the ads look just like Tweets.

It’s a vicious cycle.  Don’t expect it to end any time soon–instead, expect it to get much worse.  They’re making a final monetization dive bombing run to get to a liquidity event.

Lastly, entrepreneurs and geeks, don’t bet the farm on Twitter.  They are not in business to help you.  Quite the opposite these days.  They’re in business to collect ad revenue.