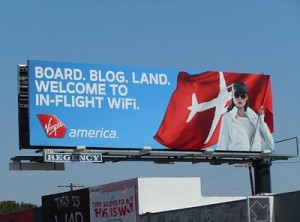 It’s a slow week with lots of people on vacation.  I am on a plane heading to San Francisco to shoot a video with Zuora but judging by the number of screaming children under five on the plane I would say that I am in the minority on this one.  No matter, they’re cute and well behaved and remind me of a time when I burned a bunch of miles taking the family on a cross-country trip.  As I recall, we sat in first class and one of my boys who was in the process of toilet training liked to stand on his head in his seat.  Takeoffs and landings were an especially challenging part of the trip.  I’ll spare you the fond memories of the other thing.

But I am flying and writing today and wondering about inflation of all things.  You might find that odd given the state of the economy and the official numbers coming out of Washington and other world capitals but maybe it isn’t.

Inflation is measured as the cost of a market basket of goods and services measured and recorded on a monthly basis.  Naturally, there are numerous games we can play with inflation by simply manipulating the market basket.  One of the favorite tricks of pundits and prognosticators is the exclusion.  That’s where someone says that for instance, energy and food are so volatile that we shouldn’t count them because their volatility skews the numbers.

But what’s the point of having the market basket if you aren’t going to compare apples?  When they take the volatiles out they skew the picture just as sure as they do when they leave them in but with one critical difference.  If energy prices rise or if food does the same, it does me no good to know that inflation is somehow supposedly under control if I don’t have any money left at the end of the month because I spent more on the staples of life than I did the month before.

A few years ago one administration, I forget who was president, started substituting things in the market basket a construct (and a data record) that went back to the New Deal.  Here’s how they worked it.  Say beef prices went up because Argentina was suddenly exporting less and the American beef industry moved to sell more product internationally leaving less for domestic demand.  The inflation watchdogs would substitute chicken in the market basket thinking that this is what savvy consumers might do if beef prices rose too much too fast.  The result was stable inflation rather than the reality that higher beef prices contributed to that penniless feeling you came home from the grocery store with.

Finally, the market basket is far from all encompassing so there are plenty of places where prices rise but their rise does not register.  I remember reading about a guy who kept his own version of the market basket and based it on the things that were most important to him.  One of those things was the cost of a milkshake at the local dairy bar.  I don’t recall all the details but his results were at variance, as they say in economic speak, to the “real” inflation numbers.

In that spirit I would like to offer an item for the basket and, who knows, I may be starting my own basket.  It’s the price of wireless internet service on a Virgin flight, which uses the go-go service.  Thanks to go-go’s record keeping, I am able to access mu account history.  It seems in 2010, the first time I bought the service I paid $12.95.  The cost actually went down for several flights after that either because they were running a special to get people hooked or, and this is a dim memory, someone was giving free or discounted service to all passengers during the holidays.

At any rate, my point is that the price of WiFi has gone up dramatically over less than two years.  Today I paid $17.95 for the same service I once paid $9.95 for.  Off the base of $9.95 we’re looking at an 80% increase and divided over two years that produces a 40% inflation rate.  Yikes!  Looks like the increasing cost of internet is tracking the plane’s altitude.

Economists would probably just call this pricing the asset to its utility.  You pay a small-ish price for connectivity and you get to have the illusion of being productive while flying 500 mph across the continent.  But even as the price of connecting has increased, the service has deteriorated.  More people on the router means slower connections and increasing frustration.

But more to the point there is the issue of the customer.  Am I simply a consumer who the airline seeks to extract money from as quickly as possible or am I a customer with whom they expect to develop and nurture a long-term relationship?

To be fair much of Virgin’s messaging to me by the way they treat me suggests they think of me as a customer but that’s just the business model showing.  The corporate urge to promote consumerism is strong and I would say not fully domesticated.  So we have the market basket of services and they we have those special things they wouldn’t dream of including in the base package.  Perhaps it’s my age and experience showing but I don’t trust corporations much any more.