Insourcing more than a political slogan 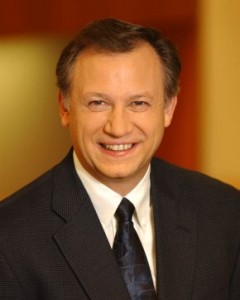 Insourcing is on US TV every day thanks to back and forth between the Obama and the Romney campaigns.  Outsourcers may chuckle, smirk and discount the term as it is used in an opportunistic, nationalistic way. But they should be wary as Randy Mott, now CIO of GM, has announced his own version of insourcing. He wants to move from 90% outsourced to 90% internally staffed in 3 years. Now many will even discount what Randy says – I have already heard he came with an “agenda” from his last job as CIO at HP and GM’s largest outsourcer is EDS, now part of HP. Or there is ServiceMaster and its insourcing from IBM.  You could argue those are exceptions,  but I started hearing from several CIOs 3-4 years ago they felt they had “outsourced too much”. That led me to write in The New Polymath

…most enterprises spend 80 percent to 90 percent of their IT and telecom budget with outside vendors. That is a dangerously high dependence on a supply chain. ..Even in automobile and aerospace, which have much more mature supply chain management, companies such as Ford and Boeing get around 70 percent of components from suppliers. In those industries, supplier consolidation and tiering makes sense because Ford and Boeing are dominant customers and can dictate design standards and justifiable economics.In technology, by contrast, buyers have little leverage — even companies as big as Ford and Boeing make up less than 0.5 percent of an IBM ’ s or Oracle ’ s revenue.

Many outsourcers are sowing their own seeds of discontent. As I wrote last week, many of them seem bored with their current work assignments. Still others have eyes bigger than their stomachs. I was talking to a salesman at a Tier 2 offshore firm and he told me he is getting invited to deals at many big brand customers. “They are being neglected by their incumbent providers. The Wipros and the Infosyses want IBM and Accenture size commitments from their customers”.

And there are new competitors. In infrastructure services, players like Amazon and Oracle. On customer/revenue opportunities, digital agencies.

So, chuckle if you want when Joe Biden talks insourcing.  But when a CIO mentions it, while he may not bring it all back in, he is likely looking around.

And it will not end in November.