A recent survey (PDF download) by Panorama Consulting Solutions compares important dimensions of IT project success and failure with respect to ERP systems from SAP, Oracle, and Microsoft Dynamics. 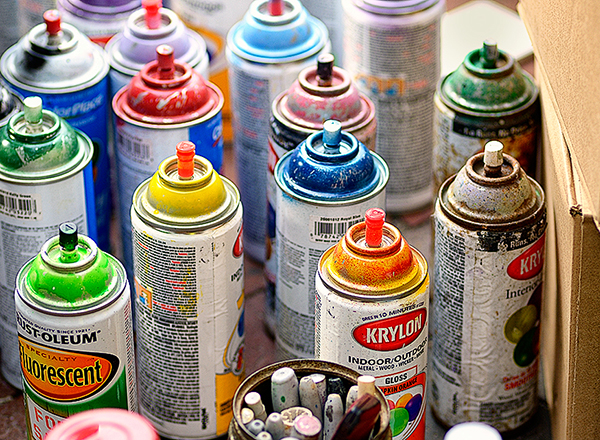 Photo credit: “Choosing the colors of ERP” by Michael Krigsman

According to the report, the data set consists of over 2000 respondents from 61 countries who have selected or
implemented SAP, Oracle or Microsoft Dynamics ERP solutions between February 2006 and May 2012.

Market share. As the diagram below shows, the report indicates that SAP holds the largest market share of three vendors, with 22% share. The market share difference between SAP and everyone else is quite large. 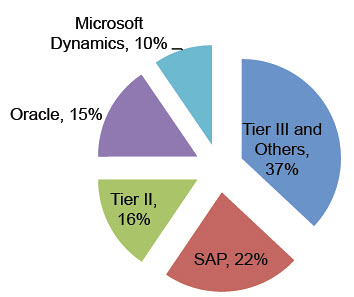 Selection rates. Given SAP’s market share, it is no surprise the company often appears on procurement short lists, as indicated in this chart:

Although SAP achieves the top spot in short lists, both Oracle and Microsoft are more frequently chosen than SAP. As the survey report states: the study suggests that after “assessing the available information, organizations are not easily convinced that SAP is the best option.” It is possible that SAP’s reputation for being expensive and complicated to implement scares potential buyers. 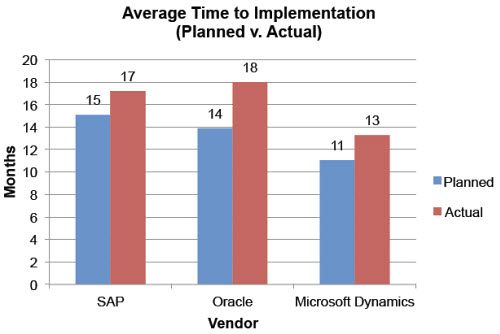 In general, Microsoft has the smallest implementations, relative to Oracle and SAP. Overall, 61% of all implementations reported in the survey run late. This number is not surprising because it is consistent with data from other research.

The study also lists the reasons that projects run late. As listed in the table below, technical issues cause only a small percentage of projects to run late. More commonly, projects are late due organizational, business, and project management challenges. 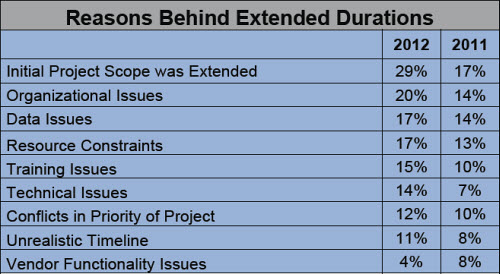 The survey data suggests that Microsoft Dynamics is doing something right, despite its low market share. However, it is likely that Dynamics projects tend to be smaller than those from SAP or Oracle, which explains the shorter project and higher success rates.

Oracle comes off worst among the three vendors, based on the lowest benefits realization and longest gap between planned and actual project duration. SAP has the longest payback period, suggesting these projects may involve greater business process complexity than is typical from the other vendors.

Before making decisions based on this study, ERP buyers should be aware of an important deficiency in the survey reporting. Since the survey does not distinguish company size, the results are likely an average of projects of all sizes; the results might be significantly different if we were to look at breakdowns based on project and company size. For this reason, the survey is interesting and even helpful, but ultimately less useful than would otherwise be the case.