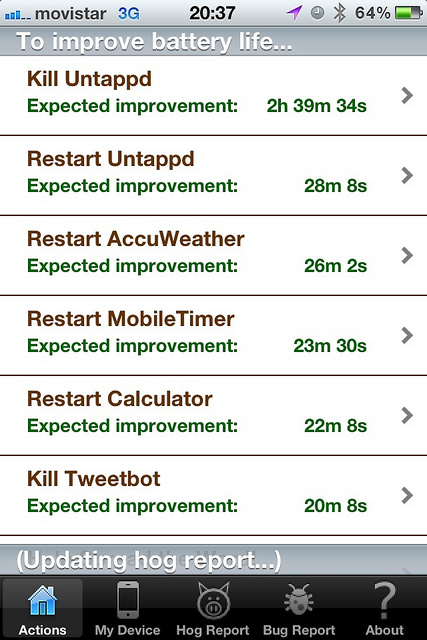 The World Bank issued a report yesterday showing that the number of mobile phone subscriptions in use worldwide, both pre-paid and post-paid, has now reached over 6 billion.

The report went on to reveal that more than 30 billion mobile applications, or “apps,” were downloaded in 2011 alone – these apps extend the capabilities of phones, for instance to become mobile wallets, navigational aids or price comparison tools. However the apps also have a cost associated with their use – they drain the phone’s battery. 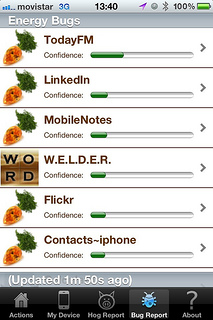 Some of these apps are energy hogs – they require a lot of energy to run, and so they drain the phone’s battery quickly (maybe they are legitimately using the camera, the GPS radio, and the 3G network simultaneously). Other apps have bugs in them whereby they may not properly close out battery use after a particular function and they continue to drain the battery. Until now, there has been no way to identify which apps were the ones draining your battery’s charge.

I have written a couple of times here before wondering why there was no energy management app for smart phones. Now there is – Carat.