Head up [you know where]: UK gov’t tells banks to fix IT systems

Regulators at the Financial Services Authority (FSA) are investigating the recent IT failure at RBS, one of the UK’s largest banks, after technical problems caused serious disruption to the bank’s operations and inconvenienced millions of customers. According to reports, the government may levy a substantial fine, perhaps in the tens of millions of British pounds, on RBS as a penalty.

Also Read:
RBS Bank joins the IT failures ‘Hall of Shame’
Key questions on the massive RBS / NatWest IT failure

According to the Financial Times, RBS expects to receive the, “first UK regulatory fine for a direct IT failure.” The paper adds:

The FSA is planning to tell UK banks to check that their systems are not vulnerable to severe outages and to modernise any that could pose a risk to customers.

Although the government response is welcome, it seems to ignore the large number of IT failures that regularly occur in the UK. It is hard to understand why it took so long for regulators to wake up and recognize that IT failures are a critically important issue.

Although I am not usually cynical, this time I turn to the following photograph as a reasonable explanation. The photo is floating around the Internet and can be found on many sites, so no attribution is not possible: 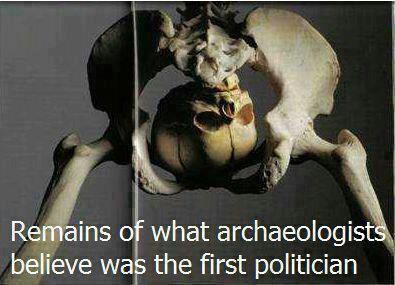 According to research firm, Celent, IT investment by banks is declining. In a report titled, IT Spending in Banking: A Global Perspective, the company states that banks in Asia-Pacific will increase spending by 6 percent in 2012. However, banks in Europe will grow IT spending by only 0.3 percent during this time period, creating a problem in the coming years.

Of the total investment in IT in 2012, a whopping 77.6% goes to maintenance. European banks are having the most difficulty in reducing their maintenance spending.

Banks will need to spend on new investments, at least partly as a result of needed system upgrades. Frequently, financial institutions are running systems that are too obsolete, too slow, and inflexible. Systems like these are impediments to achieving optimum operational efficiency as well as to developing products.

If these assertions are accurate, then regulators are wasting their time ordering banks to prevent IT failures. Serious efforts to address the problem must require banks to significantly increase spending and investment in core IT systems. Increasing non-maintenance investment in systems and processes is the only way to prevent future IT failures in the banking sector.