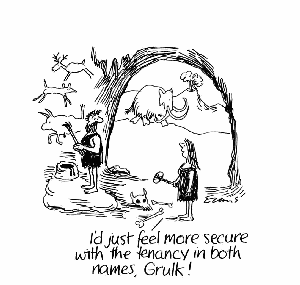 Under more normal conditions I react to blogs on a low key basis.  If I like something I might not even mention it and the same is true if I dislike or disagree with one.  The blogosphere is a big place and it is unproductive to be running around all day saying “Yes, I like this” or “No, not so much.”  But I am grateful that so many of you read and even comment on what I post.

However, when a vendor weighs in on an official site and clearly makes a statement that I think is wrong and or self-serving, I feel a need to provide a counterbalance.  Earlier this month Meg Bear, Vice President, Oracle Cloud Social Platform posted, “Multi-Tenancy and Other Useless Discussions” and from the headline I think you know where this is going.

The whole multi-tenancy debate of the last decade has been run by the same logic that a five-year-old uses at dinner — don’t let the peas touch the mashers or the chicken!  Ironically, the chocolate syrup does indeed touch the vanilla ice cream and that is socially acceptable, but I digress.

According to Bear, the debate is no longer relevant not because we have all grown up and understand that, just as a bank co-mingles everyone’s money keeping yours separate from mine by use of metadata (account number, balance, statement, things like this), our data can be co-mingled without worry about cooties.  No!  Bear’s rationale is that Oracle has a superior “modern application architecture.”

Can we please be serious?  I beg to differ for the following reasons.

IT is over.  Note I didn’t say finished or in any way imply irrelevant.  IT is over as a disruptive innovation and driver of the economy.  Some macroeconomists who study the long economic wave a.k.a the Kondratiev Cycle have begun noting that the IT wave is over — just look at the economy today and you know this.  IT is the economy in much the same way that cars and petrochemicals, once big drivers in their own right, are the economy.  They don’t grow a zillion percent any more and now neither does IT.  Over, finito, gonzo.  Bring on the next Kondratiev Cycle, please, and hurry up!

But quickly back to Ms. Bear.  IT is rapidly commoditizing — that’s the real message of cloud computing.  The cloud frees up budget once spent on hardware for more productive pursuits.  Under those conditions, dedicating spindles that remain half empty for everybody’s peas, mashed potatoes and chicken and dedicating separate database instances is both wasteful and unprofitable for the vendor.  It also doesn’t seem very modern to me.

Fortunately, Ms. Bear assures us equally that the Oracle Fusion HCM applications are multi-tenant and that it doesn’t matter.  If it doesn’t matter then, “the lady doth protest too much, methinks,” thanks to Mr. S.

So what is the point?  Apparently it’s business value as in the value the applications enable the business to realize through their use.  But according to Bear, multi-tenancy is not an enabler by, say, enabling greater throughput, faster processing and quicker searches over fewer spindles; things like that, because multi-tenancy doesn’t matter.

One response to “Multi-Tenancy Debate Won’t Go Away”