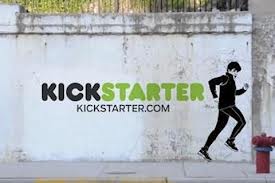 Crowd funding is a growing force in starting and/or growing small businesses or creative projects. The concept is simple, put together a compelling story and get people interested enough to pledge an amount of money in return for “something”.  The story is publicized on some online community and hopefully interesting enough to go viral on several public networks. Kickstarter is arguably the best known crowd funding site, but its not the only one. There’s RocketHub, invested.in, PleaseFund.Us, Indigogo, Pledge Musicand I’m sure a few more that I haven’t managed to track down. The business models differ a bit but in general the concept is pretty similar.

I just jumped on a Kickstarter project, the Fenix ReadySet Solar Kit, for the first time recently, and its an interesting experience. I first learned of the project on facebook, where one of my friends posted that he had pledged to the project. What initially caught my attention (or should I say, what got me to click on the link) was the device itself, a solar charging set for mobile gadgets. What got $ out of my bank account though, was more than just the device. Now don’t get me wrong, the device is very cool, innovative, ecologically friendly and useful, so on it’s own merits I’d probably be interested in having one. But beyond that, the difference it can make in emerging countries pushed me over the top. In emerging countries mobile devices are providing the connectivity necessary to provide a range of essential services. The problem though, in many areas, is the lack of power to keep the mobile devices usable. The mobile device is the way to skip over the lack of some types of infrastructure, but at the same time, requires some traditional infrastructure (power) to keep working. The ReadySet device, essentially a battery that can be charged by a solar panel or bike attachment, eliminates that need for infrastructure. Taking it one step more, the device is also providing a tool for building a micro-business, device charging, for many enterprising individuals. 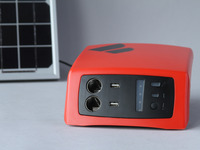 So think about the process of getting me invested in the project. First the project has to get in front of me, and catch my attention enough to get me to click on a link and read about the project details. From there the story must prove interesting enough to keep my attention and ultimately offer something that I feel is valuable enough to fund. There’re a couple of keys here, the story has to explain “what’s in it for me” (in the ReadySet example, I got the device at a $75 savings over the eventual release price) and, if possible, explain why helping with the project provides more return than just something for me, it helps others in some way (getting the device in the hands of people in emerging countries at a very reasonable price). Lastly, the story has to be compelling enough to get me to share my involvement on some of my social networks, the more people share, the more likely the success of the project.

How did the project do? Well, in a month it has blown past its initial goal of $20, 000, and past its second goal of $100,000 with a total of 522 backers. With the proceeds the company has hired 2 new employees and opened an office in Rwanda. Crowd funding isn’t for every project, but for many small businesses or individual artists, its a model that can provide significant capital without diluting value, at least for the right project.