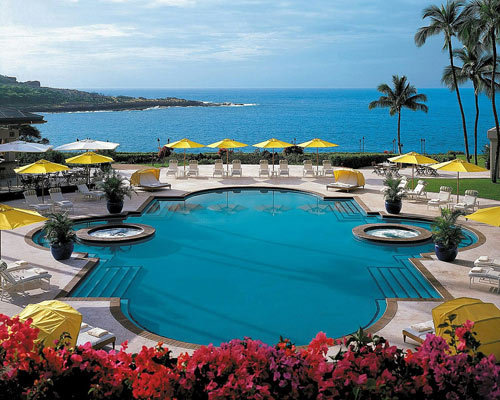 No, I am not making this up.  If I could write fiction like that I wouldn’t be in this business.  Or maybe I would but I’d be better paid.

At any rate, the article in the New York Times says Lanai has one gas station, no stop lights and two Four Seasons resorts with serious golf courses.  It is formerly the largest pineapple plantation in the world (88,000 acres) and home to 3,125 people.

The previous owner had proposed building a 45-acre field of wind turbines to generate electricity that could then be sold to Maui.  No word yet on whether Ellison plans to continue with the windmill plan.  As in other parts of the world, the population of the island is divided into two camps — those who detest windmills and those who crave electricity.

Actually the two groups overlap quite a bit and this is where things get confusing for me.  If you own 98% of the island, doesn’t that make you the feudal lord?  And can’t you do pretty much what you want with the land short of opening a hazmat dump? Also, what’s the difference between a user group meeting and just living on the island?  I’m not sure how this plays out so it will be interesting to watch.

There’s been no public announcement in the six weeks since Ellison bought the island so no one, even the islanders has an idea of what the future holds.  With two Four Seasons resorts there is some speculation that the island could become some kind of hub for sailing.  Perhaps a training center for America’s Cup competitors?  I am sure all the confusion will be cleared up at OpenWorld.