What Does it Take to be a “Top 10″ Social Media Speaker?

I’m not going to hash and rehash the controversy around the TSG all-male list of speakers on social media, or the O’Reilly Web 2.0 Summit conflagration about the same issue not long before that, or… well, you get the picture. The absence of women on podiums in proportionate numbers has been an issue for quite some time. [Click on that last link. Srsly.]

What I want to know is – what does it take to get on these lists, and what can we, as women in tech, do differently to get there? Clearly there’s something going on. 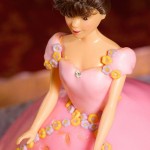 I think part of the problem is many of us suck at two things: valuing our skills and engaging in healthy self-promotion. There may be a good reason for the latter, which is what I want to focus on: when it comes to social media in particular, self-promotion so frequently trumps actual accomplishments that we have a saucy little word for it – douchebaggery. No one wants to be seen as a douchebag (except for the douchebags, and that’s because they don’t know any better).

So, let’s say you want to be on The List. What does it take to be a Top 10 Social Media Speaker? In my humble opinion, the following are tablestakes:

1. Demonstrated thought leadership. You write original stuff that other people link to, quote and share. You’re so far ahead of the game, you’re defining the space.

3. Results. Third-party, independently validated reports that demonstrate the value and impact of the work you have conducted. Prove that you moved the needle for a client. Having awesome testimonials is also great.

4. Speaking experience. I’d like to see that you’ve spoken to business groups and your peers about social media, at national conferences that are highly respected. Case studies are A++.

5. Press. If you’re the real deal, you should have attracted lots of press attention by now.

Are we in agreement that this is a fairly comprehensive itemization of the basic things that need to be in place for one to be considered for such a list? That a person demonstrating all of the above should definitely be recognized as a leader in their space, and included on such or similar lists?

Good. I thought so.

So here’s the punchline: I meet all of those criteria. (Check out the links for yourself).

How is it that lists are produced, identifying top social media speakers and… I’m not on them? Clearly, I need to get better at healthy self-promotion, because I refuse to believe anyone would be so stupid as to not consider me because I’m a girl.