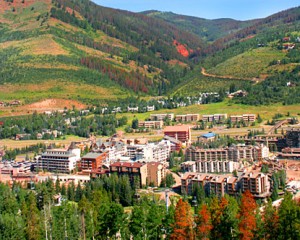 Two weeks ago Pacific Crest held its annual technology conference in Colorado.  David Spitz and Brendan Barnicle ran their annual SaaS workshop where I was invited to participate.  The workshop opened with Brendan’s presentation on the results of the CIO survey the bank conducts and continued with David’s presentation on the SaaS company survey.

The CIO survey held a few surprises.  On the positive side, it appears that 2012 IT budgets are holding up and they will show 3.6% increase for the year (smaller than the 5%+ that was being predicted earlier in the year but still a respectable growth and an indication that corporations recognize that they must continue investing in IT).  Applications are starting to be viewed as strategic assets.  In the past CIOs viewed their IT infrastructure as a corporate strategic asset.  As Brendan indicated, in the past corporations used to build their IT infrastructure first and then license or build applications around that infrastructure.  Now, they first select the applications and then build the infrastructure around them.  This is a big shift that could only be enabled through SaaS applications.

CRM and marketing applications dominate the list of solutions CIOs plan to acquire during the remaining of the year, underlying once again the increasing importance of the CMO in setting the IT agenda.  Social media and email marketing applications have decreased in importance (the last survey was conducted in February 2012).  I think that the reason for the decreasing priority of the social applications is because corporations are not able yet to clearly establish the ROI associated with the use of such applications for their marketing and sales efforts.  39% of the CIOs in the survey reported slight price increases (<5%) in the SaaS applications they license.  These are still relatively small numbers to get really excited about but at the very least the results point to price stability for SaaS applications.  Finally, Brendan reported on SaaS investor sentiment.  His survey confirmed that SaaS investors are paying for top line growth, rather than profitability and they expect SaaS IPO candidates to have the following characteristics:

Rather than reviewing the 2012 SaaS survey results as I’ve done in the past, I will compare the 2012 results with those of the 2011 survey.  This year the survey included more companies (70 in 2011 vs 83 in 2012).  The employee count, customer count, and revenue median numbers of the surveyed companies were higher, but the ACV median was lower.

This was another great workshop.  The SaaS company survey provided additional validation of the trends we are seeing in our own SaaS portfolio.  My thanks to the Pacific Crest team for all the work they did to conduct these surveys and bring us together to have a meaningful conversation around the results.