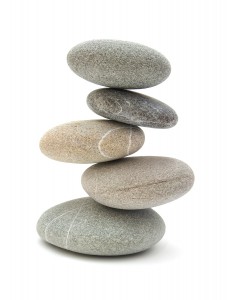 Is it time to start talking about a social stack?  If so, let me be among the first.  This week in Boston HubSpot, a social marketing company, is holding a user meeting called “Inbound,” which I will attend, and this has prompted me to write out some ideas that I’ve been stewing on for a while.

The stack is something we’ve all become accustomed to thinking about, especially as it relates to IT where we routinely discuss operating system, middleware, database and programming languages as a tuned stack.  This mother of all stacks has already been commoditized and memorialized with its own acronym as the LAMP stack (Linux, Apache, MySQL, PHP and other languages).

But that’s rapidly becoming old school.  When I think of the computing stack I think about the global computing platform, which I see as mobile devices (iOS, Android, Windows Mobile), social (almost everything but especially Twitter, Facebook, LinkedIn, blogs, and all those special social things that only you and your buddies (Hi, Mr. Mayor!) use like some dating/meet-up and photo sharing sites).  There is also an array of analytics and GPS driven cloud based apps too so add Cloud to the stack — social, mobile, cloud.

Maybe that’s not revolutionary to you, maybe you’ve heard this before or thought of it the same way more or less.  So the social stack is perhaps a stack within a stack of stacks but it’s also not very well defined yet.  Maybe that makes it the Russian Doll Stack.  Or speaking of Russians it could be called the Churchill Stack (a riddle, wrapped in a mystery, inside an enigma).  Someone bring me back!

For me the social stack consists of all the things we already know about — Twitter, Facebook, LinkedIn etc. — plus a lot that we don’t.  But they are really just the beginning, the last mile of communication between a vendor and a customer.  True (and confusingly) enough those social tools fill a bigger portion of a personal social stack.  But that’s because your brain provides much of the social processing that business needs to buy software to adequately supplement.

Your brain.  A message comes in from the social channel and your brain says I understand this because it comes from someone I know, a person I have context with and I process it without much conscious thought.  Business is not so fortunate.  A business sees the stream or feed as pure data from the marketplace and needs an array of analytics to digest it and do something useful with it.

That’s the social stack, or rather, the beginning of it.  The social stack needs some kind of hub (no pun, or maybe a little one) to centralize the data and some other tools to decide what to do with it.  The tools have to be fluent in multiple hubs and business situations.

The actual social stack might differ from one organization to another simply because they have different social objectives.  A business to consumer company will look, to the trained eye, different from the business to business vendor down the street who also uses a social stack.

The result of all this is to give the company, the marketer, the ability to do with socially derived data what our brains do while we’re drinking a latte.  I see some of this in HubSpot and some of it in other tools on the market or in the CRM Idol competition like Awareness and Nearstream.  More on all of them this fall.

What’s fascinating to me though is that where adoption is concerned we’re still trying to figure out the last mile communication through Twitter, Facebook and LinkedIn, at least according to the research I just did with Esteban Kolsky.  But they’ll soon prove to be limited in what they can help us accomplish so we’ll begin looking for another piece of the puzzle.  That’s how stacks develop, not all at once but incrementally.