You Can’t Do Cr*p with a $750K Seed Round in Enterprise SaaS, So Don’t Even Try. 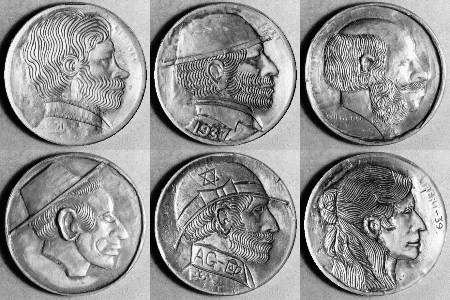 Hat tip to Jason Lemkin for sharing an article with a similar sub-title with me this morning.

This has been going on a long time. I wrote about it 2 years ago and it wasn’t a new development back then:

VC’s are addicted to finding more Googles and Facebooks. They’re addicted to placing their bets at the last possible minute, after a product was built, after happy customers were had, and after as much momentum has been built as they can possibly get to without a big capital infusion.  Ten million users is the new one million users.  If VC’s have to bribe their way in at an incredibly late stage (can you say, “Github”), they don’t care. It’s better than actually having to do what the original VC’s did which was to try to understand the markets, technologies, and teams.

I don’t think it’s at all healthy for Silicon Valley that we’ve gone down this path. Apparently the VC’s don’t either, or they wouldn’t be grumbling constantly. Investors can’t be happy given VC returns.  Some entrepreneurs may be happy, but I have always hated the idea of technology companies that have to stand on the merits of whether they’re fashionable rather than on whether they’ve built something useful.

This won’t change any time soon because aside from the addictions I mention, the awful truth is, most VC’s don’t really understand that you can’t do cr*p with a $750K Seed Round. They bought the magic bullet theory, and they’ve done enough deals since that depended on that theory that it has become gospel. Repeat after me, “Yes, you can build anything with Ruby on Rails and 3 guys eating Ramen noodles in 6 months.”  VC’s are not dummies–you probably can build any consumer Internet product that way if you’re content with hundreds of Pinterests, Twitters, and whatever else. But you can’t build much in the way of Enterprise software or SaaS software. What changed is not so much the productivity of the technology as where the VC’s had set their sights.  If we only invest in deals that can be built by three guys using Ruby on Rails in 6 months, pretty soon we will have a monoculture consisting only of such deals.

Enterprise Software can be built without VC, but what results is often not VC-able for a variety of reasons, and it may not be something universally regarded as Enterprisey.  You’re not going to create a Workday, Salesforce, or Oracle this way.  What you can create is a niche product, and probably one that’s aimed at small businesses and workgroups, a customer segment the VC’s have historically hated.  If you’re smart, work hard, and really lucky, you might build something like 37Signals has.  Is that Enterprise?  I dunno.  It is certainly business software though.

Just as the VC’s work backward from IPO and liquidity to define what the starting point needs to look like (“Son, that will never be a billion dollar revenue idea, we’re not interested.”), we can work forward from the needs of Ramen-fed bootstrappers to see some of the characteristics of a bootstrapped Enterprise offering:

1.  No sales force.  They cost too much and you can’t afford the long sales cycles.  6 months is too long when you’re eating Ramen noodles.  Find something with a 6 week cycle.

2.  No expensive advertising-based marketing.  Do some content-driven marketing augmented with a little social media.  You’ll probably use a free trial or maybe even a freemium to get folks to try your stuff.

3.  Stick to a niche.  Find an itch that nobody else is scratching.  Take great delight in the idea that your niche will never harbor a billion dollar VC-funded behemoth.  Hopefully that makes the niche a meritocracy where all you have to do is be smarter and work harder.  It better be, because that’s all you’ve got.

5.  Shoot for small businesses and workgroups.  Steer clear of anything that needs IT or CIO approval.  In fact, steer clear of anything that needs more than one person and their credit card to make it happen.  You’ve got no salespeople and no time for anything else.  You’re not going to build that giant raft of features on the checklist the CIO has been adding to her entire career.  Move on, find the deal the Droids are looking for.

7.  Do Something Different.  You’re not there to do something just a little better or a little cheaper.  Tear up the original game plan.  Focus on the problem it solved not on how it solved it.  Reinvent and re-imagine a product for your market the way 37Signals did for project management.  This is another way to get noticed and talked about.  It’s another way to stay off the radar of the Big Boys.  They’ll dismiss you as having missed the point.  But some part of the market, some interesting niche, may decide that the mainstream missed the point and you’ve got the better mousetrap.

Long time no blog.  Sorry, I’ve been bootstrapping a company of my own lately.  It’s working out extremely well, and I wonder why I didn’t do it a lot sooner.  I based it on those 8 principles above, as well as a few other things.  I’ve learned a lot about Bootstrapping along the way, and I’ll try to be a little better about posting to Smoothspan so I can share some of it.

PS  The photo shows hobo nickels, an obscure artform that involves carving or engraving a new image on one side of a nickel.  I like to imagine the Ramen-eating bootstrappers as hobos hopping digital freight trains to try to get to wherever they’re dreaming of being.

One response to “You Can’t Do Cr*p with a $750K Seed Round in Enterprise SaaS, So Don’t Even Try.”