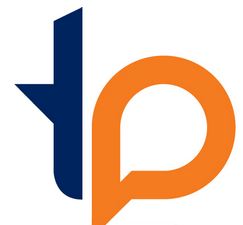 Earlier this week, Spend Matters UK/Europe broke the storythat something was amiss at TradingPartners. The company’s phone lines were dead. A supplier, which had not been paid, contacted us (he found us through a previous blog on TP). Other rumors (more speculative) circulated as well. Only hours later, we learned the company had become insolvent, shutting its doors, with accounting firm Baker Tilly taking over the orderly closure of the business. In our view, TradingPartners’ bankruptcy was almost unavoidable for a number of reasons we’ll explore in a minute.
There are many angles to exploring TradingPartner’s ultimate decline and eventual closure. Over on Spend Matters PROtoday, we explore, in detail, many of the supply risk lessons that we can learn from this example when it comes to evaluating smaller suppliers and professional services. The lessons are specific (e.g., what type of gross margin to look for in a vendor that can assure reduced supply risk levels, warning signs a smaller supplier may be over spending, etc.)

But there are specific lessons in the case of TradingPartners as well, something management and the investors should have seen previously (and learned from) but did not. Because the company failed to take action in these areas, one might argue that bankruptcy was unavoidable. I believe this to be the case.

As I see it, there are four key lessons TradingPartners should have heeded, but did not:

If you’re curious about broader supply risk extrapolations from TradingPartner’s closure as well as specific metrics and ways to evaluate smaller suppliers and professional services firms from a risk perspective, we encourage you read our Spend Matters PRO analysison the subject.