What is the Entrepreneur’s Social Contract with their VC’s 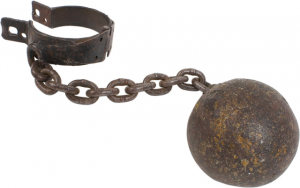 Another great post from Jason Lemkin has me responding again.

Jason seems to be going over all the dark thoughts entrepreneurs and founders have about VC’s and blogging about it instead of what most entrepreneurs do which is to keep quiet so as not to offend potential future investors.  Good for him, it’s about time the rest of the world got some perspectives on some of these goings on.  In this one, Jason is haunted by a remark a partner at one of his VC’s made over dinner:

I remember at a closing dinner after one of my start-ups was sold, a partner of the VC who invested in me (not the one who served on my board, but his partner) made a sort of haunting comment.  His firm had made 6x on the investment, and his comment after some wine was “We [the partners] debated whether to let you sell or not.  In the end [because you’re a good kid], we decided to let you.”

Hmmm.  Ok, this guy makes 6x and didn’t even lift a finger (he wasn’t on the board) — and he gets to decide if the company should sell or not?

I know the feeling well, having been told by one VC I’d never work in the Valley again after delivering his firm a 13x return on one sale.  They were completely uninterested.  In fact, the Board told us (the two co-founders) to quit talking to the company that wanted to acquire us.  When we pointed out that our share of the offer price was real life changing money, one VC bluntly informed us that if we tried to sell we would never work in the Valley again.  At that point, my partner and I resolved that we didn’t want to be in business with this guy no matter what.  Life’s too short and he clearly thought of us as sharecroppers on his land rather than as entrepreneurs and founders who he had a social contract to help succeed.

Why would he behave this way?  Why would a 6x return in Jason’s case let alone a 13x return for my company be treated in what amounts to a lot of disrespect for what should be the relationship between investors and entrepreneurs?  Why, in the end of the day, would VC’s want their founders to suddenly feel like nothing more than employees?

Before I delve into that, I will say that I worked at quite a few places afterward and the VC who made the threat is still a busy and active VC who is quoted on his bio page as saying his firm is devoted to the entrepreneur.  In other words, it basically blew over, though I doubt we’d care to ever do business again.  It required the considerable and helpful efforts of our other VC (who I would do business with again in a heartbeat) together with a great deal of integrity from the acquirer to get the deal closed so we could all get on with our lives.  I will also say that the VC who spoke to Jason was foolish for having made the remark after the deal was a fait accompli just as much as the VC who threatened me was foolish for having pushed the deal to be a fait accompli without even trying to sell us on a different route.  While it asserted their egos over our’s, there was really only downside in it to have revealed they ever even considered blocking the deal.

Founders shouldn’t think that their VC’s won’t think this way and behave this way.  Clearly Jason’s guy was tempted to do something similar to what mine did.  It’s a lot more common than it ought to be.

F. Scott Fitzgerald is supposed to have said to Earnest Hemingway, “The rich are different from you and me.”  The same could be said of the VC’s.  Their principal differences in cases like these are twofold.

First, they have a radically different utility curve and perspective on risk versus rewards.  Rewards seem smaller to them because for the most part, they are already wealthy.  A few million here or there matters not.  Even ten million may not.  Their investors expect huge returns.  Risks seem smaller too because they have protected themselves from risk via portfolio effect and diversification.  From a Founder’s perspective, the VC’s mission is to make the Founders endure almost any amount of risk in order to generate those few incredibly huge deals that will make each fund’s returns.  Those equations require them not to settle for a 3x, 6x, or 13x return if they think there is any chance at all for a much larger return.  They’ll want to keep going and they’ll take the offers that come early as ample evidence the deal has legs.

Second, they have a very limited number of ways in which they can add value.  Ironically, Jason remarks in another post that they’re not much good even at lining you up with other investors, something I tend to agree with.  They’ll try to add value, they’ll give you advice and try to steer you, and it can be helpful.  This is one reason why I much prefer VC’s who’ve held operating positions on my boards.  But at the same time, make no mistake about where they need to steer you.  It may not be the same destination as you want.  They’re steering to add value to their investment, not to  your business.  In fact, at a more callous level, they’re steering to add value to their own careers.  Most of the time, those interests coincide, and that’s a very good thing.  But when you’re getting ready to make a decision about selling, that’s one of many points where the interests can diverge.  That’s where you’ll start to hear advice that may or may not be in your interest, in the interest of the business, in the interest of the team, or in the interest of the customers.  It’s messy stuff to be sure, and something to be absolutely sober about, something to operate only with the highest integrity around, and something to seek good advice and counsel on.

Jason ends his post basically saying that in terms of returns, Founders owe their VC’s 3X, because that’s what good funds target for their investors and because Founders shouldn’t be responsible for the returns of other deals in the VC portfolio.  There is a lot of logic in that advice.  Just be aware the VC’s will probably violently disagree and they will likely have ensured there is appropriate legalese wherever needed to enforce their point of view.  Another way to look at Jason’s calculus of valuations would be to conclude that Founders should be on the lookout for divergent interests with their VC’s whenever there is the prospect of at least 3X return.

Incidentally, this topic may be related to another recent post of Jason’s, which dwells on why VC’s prefer to invest in the young.  One answer is the young are far more altruistic, far more willing to bet on their luck, and far more likely to swing for the fences in the way the VC’s require.  VC’s aren’t dumb or evil.  They’re pretty good at what they do.  But, as is always true in business, it behooves the players to understand each other’s motivations.