Apologies for spotty posting activity, much too busy busy with stuff that is shaping up in unexpected ways.

Ever had that feeling you’re close to some solution even if you’re not even looking for one? A vague pattern slowly appearing somewhere in the back of your head?

That’s where I’ve been a long time now since starting to model real world businesses in Thingamy. The solution-not-looked after rising from the increasing revelation that "heck, these seems to be very similar" when one day building for a support department handling IT installs and the next a marketing department tinkering with requests and ideas.

Not to mention building an A to Z model for a law firm and the next the same for an advertising agency, same "ah, they’re the same, different wrapping only, different weight on different part, different terms but all together same shit".

The very few business process modelling and running tools out there, basically BPM and Thingamy, are empty and requires theoretical modelling after much analysis etc. Then build from bottom up and implement. Then tweak. Much work, although I’m extremely pleased with Thingamy as I can do things in hours instead of days and weeks.

But would it not be nice to have the exact opposite situation? Take bits and pieces away and keep what you want? Like this block of Carrara marble but with less sweat 🙂 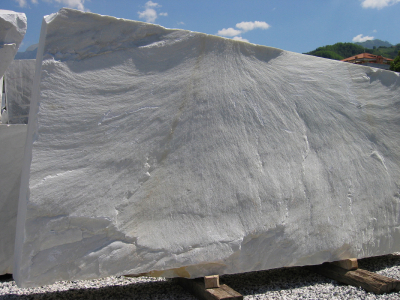 Start with something that covers all you do and more, then hide what you don’t need for now allowing you to bring that back at any time. Spend a few minutes then implement while having two sips from the tea cup. All done before the client could finish the sentence "how long would this take?".

Done, the first of two generic models / templates is ready and about to be used: The "BRP One" that covers (almost?) any Barely Repeatable Process.

In progress, the second model / template: "Services One" that should cover most typical services firms from customer calling to delivery – law firms, advertising agencies and consultants of all stripes. Out-of-the-box cover of all they do, just tweak the terms and hide what you do not need just now.

That’s where my head is these days, too much fun, too much single-mindedness going on to potter off and discuss minor issues like world economy and such. Sorry, but will re-surface and do some more double-entry book keeping attacks soon 🙂