You probably think I am out of my mind – well … hm… no comment.  But yes I agree it’s close to madness  to discuss Apple’s decline right on the heels of a record-breaking iPhone 5 launch and a stock price that despite some correction is still a rocketship.  But bear with me for a moment or two – and answer this question:

What are Apple’s two most important assets?

Years from now we may be looking back on August 24th, the date of Apple’s victory in the patent lawsuit against Samsung as the symbolic date when the tide turned.  Don’t worry, I am not about to launch a legal analysis of the case, nor will I venture into discussing  just how ridiculously outdated  the software patent system in the US is –  you’ve seen more then enough sources on both, and I am not qualified to do either.  But let me quote an “average” Apple user:

I hate it … I don’t think the decision of California will hold. And I don’t agree with it — very small things I don’t really call that innovative.

OK, I lied, this user is not so average, he is Woz, a tech icon himself.  And that should make you stop and think hard.

Back to the verdict: clearly it’s a victory for Apple, but I’d argue it’s a pyrrhic one.   Since the verdict Apple’s war machinery marches on, having filed additional lawsuits against Samsung and there’s ample speculation on how

they would go after the rest of the Android manufacturers, all in the name of the Holy War against Google. Heck they even sued a Polish online grocery!  See and judge for yourself just how reasonable this lawsuit against a.pl is (pl happens to be the TLD for Poland).

Who else will Apple go after?   Is there an end to this madness?

Apple risks increasingly being seen as trying to police the world, competing via legal restrictions as opposed to 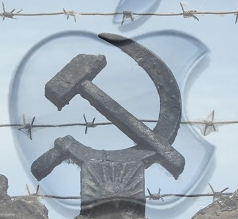 on the market based on the merits of their products. Consumers don’t like that.  Just like they don’t like being restricted in what gadgets they can  acquire.

But enough of the lawsuits. Fast forward a month: here’s the iOS 6 Apple Maps fiasco.  Enough have been said about it, here’s just one source for the entertainment value.

So I am not about to rant on how crappy Apple’s new mapping service is. Apple themselves (sort of) acknowledged it and sated it was extremely hard to develop a mapping service, it takes time.. yada yada yada. It would be a fairly reasonable (?) argument comnig from a startup developing new products.  But in this case Apple removed an already working, I might add close to perfectly working product, the de facto standard that customers loved and were used to.  Google giveth, Apple taketh away. 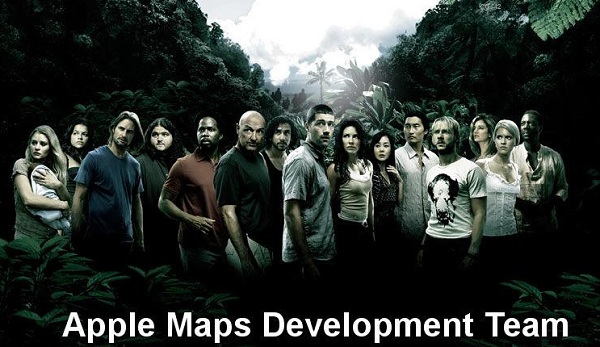 OK, OK, but crappy maps or not, the iPhone 5 broke all sales records, selling 5 million on the first weekend in a masterfully coordinated international lunch that’s a supply chain miracle in itself .. so what’s wrong?

Here’s the deal:  Apple today still has great products, arguably the best ones, but for years they’ve been releasing incremental improvements, not category-creating breakthrough products like the orignal iPod, iPhone, iPad were. Competitors may have been slow, but are definitely catching up, first and foremost Samsung on the hardware side, and Google on the OS / ecosystem side. Apple will no longer be the only game in town in several categories, will have to face real competition, win consumers hearts, who, for the first time in years, have real choice.

The immense goodwill of the cult should be more important than ever in this new market reality – after all, that is what sends hundreds of thousands worldwide camping out at  night outside Apple stores waiting for the annual upgrade ritual.  It’s this goodwill that used to bring the Mob against anyone who dared write a negative review on Apple.   But wait… are we seeing the first sign of cracking?  For weeks we’ve heard critical voices re. the lawsuits, even more so the map situation. The fact that nowadays one can “get away” criticizing Apple is in itself a sign of the cult’s weakening.

Apple, under Tim Cook’s leadership is becoming an even more efficient supply chain marvel, but at the same time is methodologically demolishing the Church of Steve.

Yes, Apple may just have peaked.

P.S.  A “must-read” on the subject:  The Cockroach Theory: Why Little Things Matter (even for Apple)y by Chris Yeh.

Update: When I called Apple’s courthouse victory a pyrrhic one, I meant long-term consequences. Little did I know how soon the tides may start turning:
Apple v Samsung: Judge Koh said to have ”abused discretion”