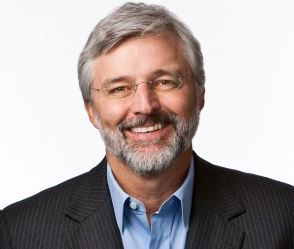 This week Zach Nelson, CEO of NetSuite, a.k.a. Larry’s other company, took over the Marc Benioff chair as guest antagonist but given the relationship between the companies the vibe was more sedate.  For instance, no one went to the talk at the Lam Theater in Yerba Buena Gardens wondering if Nelson would be controversial or if he would utter the words, “We come in peace,” as Benioff once had.  That much was a given.

Nonetheless, Nelson served roughly the same purpose as Benioff; he was the emissary from the cloud.  He functioned as a third party thought leader pointing off in a future direction that Oracle itself could not for various reasons.  Nelson’s direction and his talk cemented one of the key elements of cloud computing for large enterprises contemplating — what to do about the growth of increasingly expensive and hard to maintain ERP systems.  In an era where data and decision-making are continuously being pushed down the chain of command conventional on premise ERP has a flexibility problem and that was the subject of Nelson’s talk.

For at least the last year various vendors have been talking about their two tier strategies in which they provide a second layer of ERP support or they cooperate with other vendors to do so.  Nelson used his time to describe the advantages of using a product like NetSuite in a variety of ways that demanded a second tier of ERP.

For instance, a large multi-national company might use a second tier of ERP systems to capture local or regional data, convert currencies and adhere to local regulations before rolling the results up to corporate in a more tidy bundle.  The two tiers could in practice be all NetSuite but Nelson’s point was to also support heterogeneous environments in which Oracle or SAP might be the corporate standard.

Finally, an question that is on lots of minds during a merger, acquisition or sale of a division is what to do about the financials.  I have to confess that this is not top of mind for me but I can understand how it can be for the principals.  Nelson’s point is that his product, by virtue of its cloud residency, can spin up a company very quickly and enable the separation or merger as the case may be.

The two tier strategy is a happening thing and I expect that we will hear more about it over time and not just from ERP vendors.  Much the same argument could be made for front office conversions.  As multiple conventional CRM systems begin to age out we might see SaaS CRM vendors trying to ease the transition for their own products.

Finally, two tier provides other benefits to companies such as limiting the growth of conventional ERP and initiating a transition that will move some to the cloud eventually and away from big ERP systems.  That’s what Oracle can’t say on its own because as much as it would like to surround SAP systems with NetSuite and eventually convert them, it would not like to see the same thing happen with, say, Microsoft ERP surrounding and ultimately ejecting Oracle from an account.  NetSuite has an inside track right now because it runs a complete Oracle stack which will make conversion easier while keeping it all in the family.

Zach Nelson’s talk was a success.  He presented an appealing vision of ERP in the cloud and for that I think it’s a lock that he’ll be invited back.