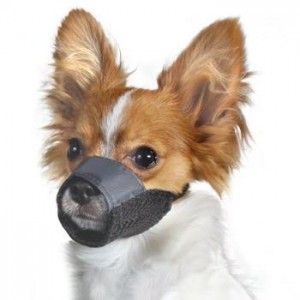 I was finally enlightened as to why I find Oracle’s annual customer event, Oracle Open World, to be an increasingly frustrating and largely unfulfilling experience. For the last few years I have been laboring under the misperception that one of the goals of this event was to inform the influencers about key Oracle technology and strategy developments, thus allowing us to go forth and advise and influence on what Oracle is up to.

This perception is wrong, I was told in no uncertain terms. And unfortunately for Oracle, its customers, and its ecosystem, that fact has a huge and potentially negative implication for Oracle’s position in the competitive market.

The bottom line is that OOW is a sales event, plain and simple. There is a secondary purpose relating to information and knowledge transfer, in the form of keynotes and overbooked sessions, but that’s really secondary. The goal is to pitch as much product to as many customers and to do it as efficiently as possible. (Efficiently for Oracle, not necessarily for customers and prospects). And Larry forbid, no real give and take, discourse, or critical discussion about product and market strategy should be allowed to take place.

The fact that OOW is primarily a sales event makes it no different than DreamForce, Sapphire, Convergence, or any other events by Oracle’s big competitors. But choosing not to influence the influencers makes OOW very different. And in the process significantly short-changes Oracle’s customers, prospects, and Oracle itself.

Here’s why. Oracle, more than most of its competitors, eschews releasing information in a regular cadence to the analysts, bloggers, and others who try to follow the company. During 2012 there have been exactly two events that I and most other influencers have been invited to, OOW and an analyst summit earlier in the year. The rest of the year Oracle has a particularly sparse public schedule when it comes to communicating its product strategies. Meanwhile, the above-mentioned competitors have multiple events that deliberately cater to the influencer community each year, and with each of them comes a rich schedule of 1:1 meetings with top executives.

So when OOW comes around, there’s a lot of pent up demand for information and access about what has happened during the course of the year, and that’s before the slurry of announcements that typify OOW and other like events. And herein lies Oracle’s big mistake.

By deliberately not creating an event that also caters to the influencers, Oracle misses a great opportunity to have its announcements and plans carefully analyzed, digested, and otherwise dissected by a broad set of influencers. That broad-based analysis, in turn, provides the basis for an intelligent and rich discussion on the pros and cons of one of the industry’s biggest companies, one that could help customers and prospects make wise choices about important issues in their IT and business strategy.

Of course, the customers will try to make these choices, just as we influencers will try to analyze what Oracle is up to, regardless of how restricted the information flow is. The issue is whether the influencers can do this with a level of detail and precision that will allow customers and prospects – our mutual customers, I might add – to make those wise choices. In the absence of good influencer analysis — what I think, somewhat self-servingly I’ll confess, is an important channel of information — the wisdom of these choices are limited. Limited, in the specific case of OOW, to what customers can glean from keynotes and standing room-only sessions where the amount of intelligent discourse and interaction are severely constrained.

What happens is that we influencers, many of whom, like me, consult to the Oracle user community (as well as many other user communities) find ourselves unable to make up for the information gap imposed by Oracle on its own customers. Sure we can schedule briefings with our end-user clients and discuss product choices and options with Oracle prospects and users, but there will always be an asterisk attached, one that clearly notes that this information is based on analyzing over-processed information from keynote addresses and canned presentations, and is not the result of a careful dissection and discussion with the vendor’s execs of the truth behind the marketing message.

Now, to be fair, Oracle did host three or four events during OOW  where one of their software execs sat in front of a group of analysts and answered questions. The time allotted was usually 30 minutes, and with a dozen or so influencers in attendance each time, you can rest assured that few questions were asked or answered. It may be that other groups – systems, database, etc. – were giving 1:1s to analysts who cover those areas, but the enterprise software gang was definitely not bothering to spend quality time with the influencers.

Should anyone but we self-serving and self-interested influencers care about this? If you think that Oracle – or any vendor – is going impartially tell you everything you need to know about your buying decisions, you needn’t worry. If you were able to get into all the sessions at OOW you wanted to attend, and ask all the questions you needed to, you can also not worry. And if you don’t need to do a real apples-to-apples comparison between what Oracle is offering and what its information-indulgent competitors are offering, relax and enjoy OOW.

The rest of you, please be patient if there are big gaps in our analyses, or if in a year or two it turns out that something Oracle promised doesn’t actually turn out exactly as you were told by Larry Ellison in his keynotes. We’re really trying to do our jobs well, as best we can. It’s just that Oracle would prefer that we not bother asking the hard questions, and, by extension, they’re saying you shouldn’t bother asking them too.