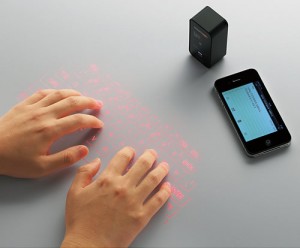 Just reading another great Jason Lemkin post called, “Mobile First? The Desktop Still Has Three Good Years Left in It in SaaS“.  In it, Jason declares that he believes the Consumer Web mantra of “Mobile First”, but that SaaS still has three good years on the desktop.  He gives some very strong reasons why SaaS on the desktop isn’t dead yet:

The last one is the most important to me, and the one I believe will take a lot longer than 3 years to sort out.  We can tame complexity with better User Experience and smarter software.  A lot of Enterprise Complexity is self-inflicted gunshot wounds that could be avoided.  Workday is one company that took a look at first gen and decided they could do a lot better.  There’s still room after Workday for at least another generation that’s better than that at simplifying things.  That, all by itself, will take longer than 3 years.

But that pesky data entry issue is much harder to solve.  We’re seeing some nibbling around the edges at point-of-sale.  Seems like companies in that space, Square and the rest, are taking a good shot at making the data entry associated with making a retail sale very mobile friendly.  We also see it in the field.  Companies like UPS have had mobile devices for years that were essentially doing inventory tracking.  There are RFIDs, scan codes, and the like to automate tracking processes further.  That category has morphed into the Internet of Things in the current iteration of the Hype Cycle and brings active sensing to the game as well as passive identification and tracking.

Despite all that, anyone that spends even a little time in an Office is struck by a certain hardcore reality:  there are a lot of people working on computers at their desks.  Heck, forget visiting an Office, go to the local coffee hangout.  The people you see in these places  are typing as much as they’re using the mouse.  Take a closer look.  Are they relaxed, or are they squinting a little bit every so often and adjusting their glasses?  That’s telling you that even though they have a nice big keyboard and are able to use 10 fingers instead of 2 thumbs (sometimes my 10 are all thumbs, but I still type faster that way) and even though they have a decent sized screen instead of one the size of a deck of cards or less than an 81/2 by 11 sheet of paper, they are still doing work.  They do not have the luxury, for the most part, of being paid to simply lean back and consume information.  Even if their job does primarily involve consuming information, they will still have to add value to that information and communicate that value in some way.

Sales never were all that big on PC’s, but stroll through a marketing department.  Visit a design group working on new web designs.  Check out the SEO people, pouring over their spreadsheets.  See all those folks writing copy.  Can any of them get by very well on Mobile?  Do they even have a compelling need for Mobile, or is it a nice-to-have?  How about Finance and HR?  Can those guys even get a decent spreadsheet application on a mobile device?  Have you been in many interviews or performance reviews where a Mobile Device was doing the note taking?  I bring my iPad to interviews in Silicon Valley and I have yet to run into a counterpart that brought one.  That’s here in the Valley which is years beyond what happens most places on the Hype Cycle.  Software Development or any other kind of Engineering?  Fuhgeddaboutit.  We do start to see a greater preponderance of pads in weighty executive meetings at larger companies.  But let’s face it, these guys aren’t the future.  They’re the ones who not so many years ago declared the PC a non-starter because all the Cool Execs had people to type for them.

As for smaller, more nimble, more forward looking organizations, go visit a startup incubator some time.  I don’t mean a fund raising and entrepreneur-mentoring incubator.  I mean a real live physical space where startups are born.  It would be so much cheaper for a startup to buy each person a nice iPad, eschew the Office since we’re mobile after all, and cut everyone loose to go get things done.  Except, it wouldn’t be cheaper because they wouldn’t get anything done.  There is value in being connected while we’re mobile for the same reason that there is also great value in physical proximity–it enhances communication.  There is value in having essentially a general-purpose computer with us at all times, even in our pockets, for the same reason that there is value in having a particularly powerful machine at our disposal when we have to be as productive as possible–computers enhance our productivity.

Our industry loves to declare things “dead” as soon as the growth rate of another thing is higher than the first. 9 times out of 10, the old thing never really did die or even get particularly sick. It just hit a point of saturation and we were so busy chasing the hype cycle we forgot to check for the nuances.  Good old install-it-on-the-Home-Office-Server is still alive despite the best efforts of SaaS.  It’s not even clear it’s health is really all that ailing, though we could fairly say it is in it’s late 40′s and no longer in that vigorous under-30 year old age whose lucky denizens feel all but indestructable.  You couldn’t start a new on-premises Enterprise company in all likelihood, but the old ones plug right along.

Are we selling more mobile devices than Desktop PC’s?  Heck yeah!  Because they’re cheaper and because the PC industry quit giving us a reason to upgrade.  When the multicore crisis hit and computers quit getting radically faster every 18 months, what reason was left to upgrade?  Fashion.  Hello Apple, goodbye Dell.  If I’m going to have the same computer for four years, it had better be darned cool.  And meanwhile, I can satisfy my gadget fetish with Mobile goodies.  But, just as some VC’s have started to declare that mobile is HOT, HOT, HOTbecause for the first time there are so darned many devices out there ready to buy NOW, there sure are a lot of Desktop PC’s that are connected and waiting for the right must-have applications to be available.

If you want to see SaaS become a Mobile First industry, figure out a way to make Mobile SaaS more productive, not less productive than Desktop SaaS.  Because I’m not sure Fashion is going to work as well for SaaS as it did for Apple.  At least not without having Steve Jobs here to figure out how.