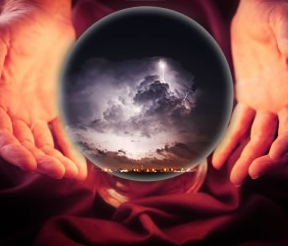 Back in the summer in a private meeting I was asked for my thoughts on the outlook for cloud — what will the world think of it in two or even five years’ time? This is what I said.

Cloud is delivered on mobile, includes social. Ask a techologist for a definition of cloud and you’ll soon get dragged into discussions of virtualization, automated management and even data center design. Ask a business person and they’ll talk about the freedom of interacting with applications, resources and contacts without being tied to a physical location. The business people have got it right: what’s important about the connected technology of the cloud is the incredible speed, agility and transformation it enables in business. Some people say cloud is a buzzword that is nearing the end of its heyday, but I think it will endure, not as a technology buzzword but as a layman’s term for connected automation.

Many businesses will thrive because of cloud. Cloud, in its widest sense of being connected to a global network of on-demand resources, is transforming entire industries. Look at all forms of media and publishing, look at retailing, look at advertising and marketing, look at information technology. The businesses that are using the Web to pioneer new ways of delivering goods and services are growing fast — as Marc Andreessen put it so memorably, software is eating the world.

Many businesses will falter because of cloud. There’s a dark side to all the successful trajectories of those new businesses; they’re putting many established players out of business. The disruption has a negative effect on society, with massive capital investments reduced or written off, while thousands of workers have to look for new jobs — many having to retrain before they can do so. The trouble is, these established giants have spent up years building up influence in society and their leaders have the ear of policy makers.

Government will impede the progress of cloud. Only last month, the European Commissionannounced a new cloud strategy that aims to add €160 billion to the EU’s GDP by 2020. To help it achieve this goal, policy makers want to regulate the cloud — and that’s when they see it as a force for good. When they discover the disruptive impact on those established industries that are past masters at political lobbying, it’s all too easy to see how governments will be tempted to clip the wings of cloud. Many governments across the globe are already curtailing their citizens’ access to cloud resources. As economic pressures intensify, this will get worse, not better.

Cloud is neither public nor private. Since all businesses must be connected to compete in today’s economy, the distinction between private and public cloud is illusory. All instances of information technology have to operate in the cloud. Those who realise they are public cloud providers will do a good job of it. Those who ignore their connectedness will continue to expose their customers and partners to the risk of compromised or lost data. Most organisations will rely on a mix of public cloud resources along with their own privately operated IT, with increasing reliance on third-party cloud providers as the industry matures.

Cloud is established, so less discussed by name. Ask a group of CIOs if their organisation uses cloud, and few will put up their hands. Ask them if they use Salesforce.com, Concur, Successfactors, WebEx and the rest, and most will confess they do. As cloud becomes increasingly mainstream, it will be mentioned less and less, simply because it will become the default means of operating IT. There’s no need to explicitly mention something that has become commonplace. It’s just understood.

One response to “Cloud in five years’ time”