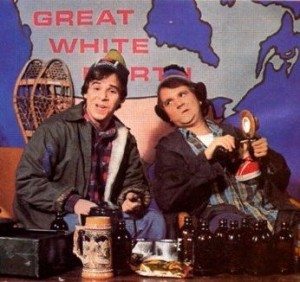 When a conference or seminar pitches up in my own backyard, I try to make the time to attend, and this morning I attended a morning seminar given by OpenText in Toronto. I’m not currently scheduled to make it to their big Enterprise World conference next month in Orlando, so this was a good chance for an update. We were at the CMA Ontario offices, which offers co-working/training space for hire; the VP of corporate services of CMA gave a quick intro to state that they’re a recent OpenText content services customer and are interested in helping to start up an OpenText user group. I expect that the biggest challenge will be the breadth of products under the OpenText umbrella due to the several acquisitions that they’ve made over the past few years, which I think makes OpenText the only vendor with more BPM products than IBM.

OpenText is Canada’s largest software company with about 5,000 employees. I know, you didn’t even know that OpenText is Canadian, just like Justin Bieber, Keanu Reeves, Alanis Morissette and Jim Carrey. Beauty, eh?

Today’s session was likely aimed at OpenText’s base of content management customers, and Gerry Gibney, their senior strategist for financial services, introduced their offerings in the BPM space: BPM (meaning structured BPM), dynamic case management, high volume imaging, business planning and modeling, and process-centric applications. He walked through some of their customer case studies:

There were a few more, intended to show the applicability of their BPM solutions, but this does not, of course, represent implementations of a single product: it’s the legacy of Global 360, Metastorm and Proforma acquisitions for case management, structured BPM, and BPA, respectively. In some of the situations, Metastorm BPM (MBPM) has been used for case management, and undoubtedly Global360 has been used for structured BPM even though they’re positioned differently now that they share a portfolio. He finished up showing the 2010 Gartner and Forrester MQ/Wave diagrams where they’re in the top right corner; in the new Gartner iBPMS MQ, where they should play well, they’ve been relegated to the lower left, in part because of the uncertainty of their BPM roadmap.

We then heard from an OpenText (Metastorm BPM) customer, Catharine MacKenzie, who manages business systems development at the Mutual Fund Dealers Association, a regulatory body for companies that sell mutual funds in Canada. With about 120 member companies, they define rules and bylaws, perform compliance audits, handle inquiries, manage enforcement cases and disciplinary hearings, and impose penalties for non-compliance.

They started as an eDocs (Hummingbird) customer, and now use Metastorm BPM as well within their predominantly Microsoft and .NET environment. They went with BPM because there was no out of the box solution that would support their regulatory processes – they were previously managed using manual processes and Excel spreadsheets – and provide them with the ability to quickly create and maintain custom processes with a limited IT budget. Although they do have some completely custom-built systems, their preference is to build process-centric applications on the BPM platform instead in order to reduce cost and time while providing a good match to their business requirements. Starting their search in 2005, they did a proof of concept with two vendors in 2006, selected Metastorm and set up their environment. In 2007 they deployed their first product processes: compliance examinations (for audits), call logs (logging inquiries), enforcement referrals and enforcement intake. They added another process in 2008, two more in 2009, nine in 2010, three in 2011 and one in 2012. They have another five planned before the end of 2012. All in all, a pretty impressive track record for implementation.

Although they had a recommendation (likely from the partner, although that wasn’t stated) to implement purchase orders first, they wisely ignore that and went straight for the core regulatory processes. Executive review provides a lot of input into what processes are implemented and in what order, which tends to drive a more strategic direction and shows the benefits of full-on management involvement. Interestingly, the question about what process to start with always comes up with I give a general BPM presentation; I always recommend starting with something that really matters to the business since, as I’ve stated previously, no one ever justified enterprise-wide deployment of BPM by doing a proof of concept with managing expense reports. I talked to MacKenzie about this at the break and told her that I agreed with this strategy, and she unknowingly echoed my opinion that in the grander scheme of BPM, no one cares about expense reports.

She shared their lessons learned, including benefits (rapid development and deployment; built-in process auditing) and challenges (business needs to own the process, not IT; testing is difficult and time-consuming), then was joined by Jeff Vila, their business systems analyst who went through the BPM process and data flow in detail. He showed the actual process map for a few of their processes; MBPM is still using their own proprietary notation, not BPMN. They’re currently migrating to version 9; MacKenzie stated this as one of their challenges, but Vila said that there were some enhancements to the development environment in things such as form design, so they’re expecting it to be beneficial overall.

They see MBPM as a tool for people who are primarily business-oriented, although some programming experience is beneficial; in response to an audience question, Vila stated that he has a commerce background, and although he had taken a few Microsoft programming courses, the MBPM training courses probably would have been sufficient to get up to speed on most of the functionality. It doesn’t sound like they’re using the business architecture tools that OpenText offers (ProVision), although I would have thought that OpenText would be practically flinging this at their BPM and case management customers to help adoption as well as improve the quality of the BPM implementations.

Their eDocs content management is completely separate from MBPM: there is a cross-reference link between them, but that’s managed by custom code and manual processes, not through any inherent links between the products. I don’t think that eDocs is really OpenText’s main push for content management so that link may never happen at a deep product level, but it that might be something that OpenText provides as a developer add-on.

The last part of the morning was Doug Johnson, OpenText director of product management, on the actual products and some of the new BPM features that have been released or are coming up soon:

Although not new, he spoke about the MBPM integration and automation capabilities where a developer can create reusable components and libraries that are exposed to the process designer in the graphical development environment for inclusion in processes.

He covered a bit of ProVision’s functionality in business planning and analysis, including providing governance over standard operating procedures as documented, as well as insights for future planning.

He then moved on to Case360 for dynamic case management, describing their case folder concept as well as extensive connections to multiple ECM systems (probably using CMIS, although he didn’t state that). He described how it allows users to do high-performance focused work – usually seen as more the sweet spot of structured BPM – and captures a variety of robust analytics.

These three products – Metastorm BPM for structured BPM, Case360 for case management, and ProVision for process analysis – form their BPM portfolio; unfortunately, he doesn’t make a strong distinction on the boundaries between the products (especially MBPM and Case360), and that’s the part of their strategy that they really need to get straight. I beat up IBM all the time about their failure to do the same thing with IBM BPM and FileNet, but IBM is a big company that can afford to have several BPM offerings (even if it’s confusing to the customers), while OpenText is

He then “pre-announced” OpenText Assure (I didn’t see an NDA or embargo on this session, so have included it here) which I assume is coming out at their conference next month. It appears to be a sort of high-level development environment that allows users to create their own apps, or more of an application that can be configured by business users. He showed some screens of a self-service portal for common business services, extensible apps and configurable business processes, although not completely clear what is the native environment versus what can be built with it. Built on MBPM, hence providing all the underlying capability, and soon to be available on the OpenText Cloud, Assure appears to primarily be a delivery platform for configurable vertical applications and/or templates. Someone from OpenText, feel free to jump into the comments and provide some clarification. Or invite me to Orlando so I can see for myself.

One response to “BPM in the Great White North: OpenText BPM Seminar”