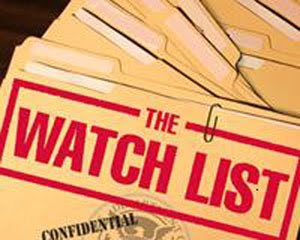 I figured I’d do one last CRM Watchlist post before the actual first of the Watchlist 2013 posts in December and January.  This is so that those of you who want to apply and haven’t are told about it one last time on the bigger blog stage (Twitter will see more notices).  Here’s the deal:

CRM Watchlist: What is It?

This is my 5th CRM Watchlist. It’s an impact award that I give out every year to the companies that I think will have the most impact in the year of the award – in this case 2013.  The criteria for impact could include:

Any company in the CRMish world qualifies – meaning customer facing technology companies – or consulting companies with a CRM or Social or other customer-facing practice.  There is some leeway – for example, last year, Financialforce.com and Zuora won the “Broad Brush” category – for companies that aren’t strictly customer facing but do interface with those technologies.

Size or maturity is not relevant to this award but unlike CRM Idol which encourages and favors emerging technology companies, this one is an impact award so established companies with clear paths are going to be better situated to win.  That doesn’t mean an emerging technology company or small consultancy can’t win – last year Solvis Consulting and The Pedowitz Group, both relatively small consulting firms won because of their enormous impact in a particular area – Solvis in Latin America and TPG in the marketing automation world.  So there is that possibility. Plus I have a surprise in order that will probably at least mitigate that bias a little.  But I encourage everyone who thinks they qualify to submit a questionnaire.

To win it is a rigorous process.  You are judged by me ONLY on a significant number of criteria which I won’t talk about here but will eventually talk about. All of them are weighted (the weights change incrementally from year to year). All of them count. As of this year, the process is very different than it has been in the past.  This year to win you have to follow this procedure:

The State of Things Now

As of now, I have 152 registration forms in hand though of course, not a single questionnaire yet.  Again, feel no constraints about becoming part of this.  Neither size, nor geography, nor But please recognize if you request the questionnaire, my expectation is that you’re going to fill it out.  Thus, I will start tracking you immediately if I don’t track you already.   But in return I’m expecting a questionnaire by November 30, 2012.  Please.

Okay, only tweets and Facebook references beyond this.  I guess that’s good, huh? Means I more or less shut up.