“I’ve Looked At Clouds From Both Sides Now” 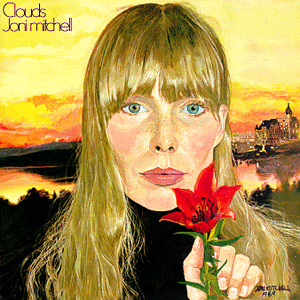 Coming of age in the 60′s, I was so blessed to be there when some of the greatest folk music ever was written and performed, often by the same person.  It was the Golden Age of singer/songwriters, and Joni Mitchell  was one of the best.

We all played guitars then and sang of ending the Vietnam war, eliminating poverty, and finally getting equal rights for all.  We wanted to right the wrongs of the past and carve out new paths through life that were different from those of our parents.  And then, somewhere along the line, we became our parents.

Like me, Joni has aged along with her voice, but her music lives on.  And with all the talk of cloud this and cloud that, I wanted to dedicate this homage to one of Joni’s greatest songs, ”Both Sides Now” to Mike Capone, Steve Miranda, Sanjay Poonen, Adam Rogers, Stan Swete, and John Wookey, my wonderful panelists at the HR Technology Conference 2012 in Chicago.

The lyrics are below, and here are two Joni Mitchell performances, one from the 60′s when I too was young and singing folk music is smoky clubs, and one in 2000.  I had intended to end our panel with my own rendition of this wonderful song, but clouds got in my way.  Nonetheless, this will always be the theme song for my “Bringing HR Into The Cloud” panel.

I’ve looked at clouds from both sides now
From up and down, and still somehow
It’s cloud illusions I recall
I really don’t know clouds at all

But now it’s just another show
You leave ‘em laughing when you go
And if you care, don’t let them know
Don’t give yourself away

I’ve looked at love from both sides now
From give and take, and still somehow
It’s love’s illusions I recall
I really don’t know love at all

Oh but now old friends are acting strange
They shake their heads, they say I’ve changed
Well something’s lost but something’s gained
In living every day