Entrepreneurship and Leadership is About Eliminating “They” 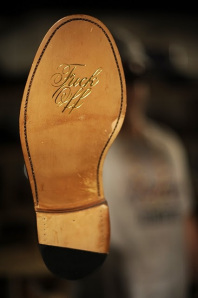 Something to think about for Bosses, Boards, and Workers:

“They” don’t think we ought to be in that market.

“They” won’t give us the budget for that program.

“They” insist we focus the next release on mobile and have it out by Christmas.

“They” believe we have to focus on attacking the competition.

“They” are skeptical about whether we deserve another round.

“They” are replacing our manager, Jim, with someone they’ve worked with before.

If you’re constantly dealing with “They”, “The Boss”, “The Board”, or some other nebulous force in your organization, one whose edicts are executed not because they’re right and make sense but simply because they are “They”, you are not an entrepreneur.  You are an employee.

Even if “They” exist, if you charge ahead and get it done without waiting for “They” to decide how or if, you are an entrepreneur.  If your organization won’t tolerate that, you’re still an entrepreneur.  Many don’t fit in.

If, on the other hand, you are given the opportunity to participate in the decision making and be bought in, but you choose to let “They” decide without putting yourself out there at risk, then you are also not an entrepreneur.  But you could have been.

Too many are too concerned about making sure “They” get to make the decisions without regard to the effect this has on those who have to execute.  It doesn’t matter how right you are, if you can’t make them entrepreneurs who are eager and not waiting on you, you’re not a Leader.  You’re just a Manager.  You are one of “They”.