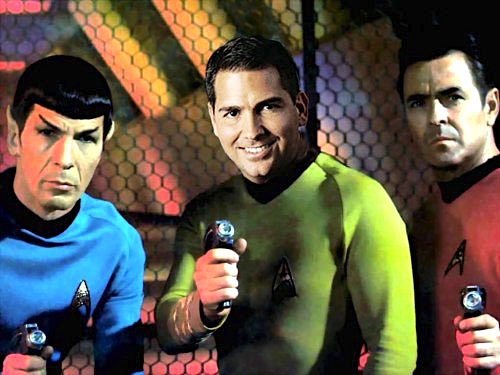 Welcome back to the Captain Cliff chronicles.  And since Part II, we have actually witnessed Cliff speak for a whole hour at an outsourcing conference and manage not to mention the “O” word once.  That’s quite a feat, so let’s find out why…

Phil Fersht (HfS):  Cliff, we’ve had a lot of debate, and even conducted a survey, on whether the term “outsourcing” should be forcibly removed from business vernacular, because it doesn’t make sense anymore. Is that something you would support? Do you think it conveys the right message about the industry?

Cliff Justice (KPMG): Outsourcing is a term that has been abused and politicized. It doesn’t have the same meaning to the general population as it does to those who are close to it. So I would certainly propose the industry find a different term for the use of third parties to create partnerships to provide services.

Phil:  Would it be possible to take it away? We talk about the political damage it causes but you and I have been in situations with clients where people view any type of activity which involves global resources as outsourcing. Is it going to be possible even if we make a considerable effort to get away from the political ramifications of the globalization of business?

Cliff: I think over time it will. Globalization is a reality that will add and grow in popularity. The fact is globalization isn’t going away. Companies are starting to look at their third-party partnerships as a way to improve their businesses, their images and the value to their companies and shareholders. A term is not going to make or break that trend. You have the best-respected companies in the world deploying outsourcing agreements and they are not engaged in the political wrestling that goes on.

A lot of the politicization is how a company handles the outsourcing image. You can change any politicized term to something that seems innocuous today and then that term can be politicized tomorrow.

Phil: We’ve been getting a lot of questions from our clients around their global distribution of operations. Some particularly large organizations are starting to question whether they have too many resources based out in locations such as India and the Philippines. Is that consistent with what you are hearing from companies in general or is this just a general feeling that has been going on for awhile?

Cliff: I think that’s true, especially in the manufacturing sector.

Actually, it is not location specific; it’s more about control. Some of that has to do with proximity to leadership and where the company’s innovation cluster is. In the manufacturing sector we are talking to CIOs who are focused on bringing their innovation capabilities closer to the vest. Today, if their innovation capabilities reside with third parties in remote locations, those CIOs are starting to say they need them closer to the cluster they’ve established. If that cluster is in the US, then that means bringing some of that back to the US.

As the business needs change, these portfolios are going to change. Companies that are becoming more mature in this extended enterprise model have the ability to manage these services like a portfolio; when their needs change, they shift a little bit on the portfolio.

I don’t see a radical trend to bring everything back in house or onshore. It’s going to be like adjusting your financial portfolio as your business needs change. A lot of third party service providers are able to give companies capacity they would never have otherwise. So the CIOs and CEOs are looking at their overall portfolio of capabilities and sourcing those capabilities appropriately whether it is internal or external.