Weaving the Unifying Fabric: The Warp and Weft of Microsoft, Windows 8, and the Enterprise

The backstory to the launch of Windows 8, Windows 8 Phone, the Surface and all the other recent announcements from Microsoft is more than just a little interesting for Microsoft Dynamics, the enterprise software sub-division of Microsoft and one of the smallest pieces in the software and hardware company’s vast portfolio.

Indeed, the backstory for Dynamics is really no backstory at all. Dynamics is in the driver’s seat for Microsoft’s efforts to realize one of the  biggest technologies bets in Microsoft’s or any other technology company’s history. If Dynamics can pull it off, the trickle-up success across Microsoft will provide an unexpected element of prescience and justification to the oft-questioned decision to buy Great Plains and Navision and launch the company’s enterprise software aspirations.

Just to keep the pressure up, we’re talking more than just any old technology bet. This one is personal: Microsoft CEO Steve Ballmer is literally betting his company and his reputation as an executive and a visionary on a slew of new products and services that spans the entire Microsoft product line, the consumer and enterprise markets, the worlds of on-premise and on-demand software, the desktop and the mobile device, social computing and batch processing, the new and the old.

And it’s largely up to Dynamics to make sense of it all.

Because beneath the hubbub of massive product launches and increasingly cool looking consumer technology is what amounts to a complete re-positioning of Microsoft at the convergence of the enterprise and the consumer market. If Ballmer’s right the bet will vault Microsoft forward as a major player in myriad new markets that looked out of reach for the company only a few years ago. Think Lou Gerstner and IBM, circa 1994. And if Ballmer’s wrong, at least Meg Whitman at HP will have someone to commiserate with.

Dynamics’ mandate is anything but simple: take several dozen major brands – from Surface to Windows 8 to Azure to Xbox to Skype to SharePoint to Dynamics AX, to name just a few – and show how the sum of the parts is greater than the whole. This is what Dynamics head Kirill Tatarinov and his team call  the “unifying fabric” of the new Microsoft. And considering how hard it has been in the past to coalesce Microsoft’s different divisions around a crisp, unified message that is meaningful across so many different products lines and to many different stakeholders – customers, partners, developers, integrators – the task in front of Tatarinov and his team is one of Herculean proportions. Complete with some stables to muck out and a monster or two to slay.

Part of what makes Dynamics’ – and Microsoft’s – task so daunting is the number of moving parts, the myriad products and services of the new Microsoft, that must be corralled and coordinated into an attainable reality for both existing and new customers. That means coming up with a well-constructed set of applications and services that respond to the needs and aspirations of both the company’s enterprise and its consumer customers.

The total palette that Dynamics has to work with is seemingly unending. When I tried to tally them up during a recent Dynamics analyst event I lost count at 25. So that you can join me and the Dynamics ecosystem in our sense of vertiginous wonder, here’s my short list: 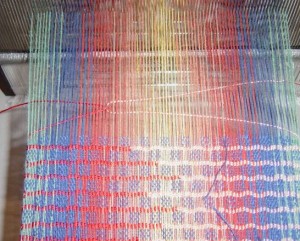 And this is the short list. The real one is probably twice as long.

The other reason Dynamics’ labors promise to be so hard is that this unified fabric has to reach new markets, new customers, new channels and new geographies, and otherwise appeal to a global market in ways that haven’t traditionally been the purview of the “old” Microsoft. This means transcending the consumer and enterprise worlds, the large and small enterprise, the differences and similarities between vertical and horizontal industry requirements, and the on-premise and on-demand worlds.

Accordingly, the product mix isn’t the only thing that’s on the move. Much of the channels and markets strategy is starting to line up too: The company is aligning its Microsoft Consulting Services to weave more of the Dynamics message into its offering – Dynamics is the fastest growing component of MCS’ business, having doubled in size in the last year. Global systems integrators are being courted and the rest of the partner channel is now settling into the first full year of a massive restructuring process that has resulted in more accountability, greater scale within the partner community,  and a greater ability to meet this challenge. And the corporate sales team has become the vanguard of a strategic effort to push the new Microsoft into large, global accounts, with Dynamics in the cat-bird’s seat.

So, while it’s a  given the individual divisions – Windows, Server and Tools,  Online Services, Entertainment and Devices, and the rest of the Business Division that Dynamics is part of   – will cast Ballmer’s bet in light of their specific buyers and influencers, I believe that only Dynamics has the opportunity to show how a set of enterprise apps and services can light up the new and not so new offerings from each of these divisions, and show them, in all their glory, as the realization of Ballmer’s dreams for a new Microsoft.

If Dynamics is the unifying fabric, that fabric’s warp and weft comes from this rich palette of products, services, channels and markets that are now unfolding and will continue to unfold over the next two years. All that’s needed is a little creativity and vision, and a helluva big loom on which to weave that vision into reality.

Microsoft is clearly at a major inflection point, and how well it moves forward will be judged in large part by the functionality and, quick frankly, beauty, of the products and services that this loom can weave. Selling great consumer-only products won’t be enough to make Ballmer’s vision a reality, and it’s clear that the enterprise-only and converged enterprise/consumer markets will up to Dynamics to define. The sooner they can get started, the better.

3 responses to “Weaving the Unifying Fabric: The Warp and Weft of Microsoft, Windows 8, and the Enterprise”