Big Data : In Election And In Business Creates Big Impact 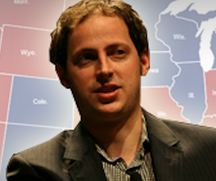 The US Election results and the process have created worldwide impact. Not only it was noticed for electing someone for arguably the most powerful office in the world, it brings along with it many innovations and advances. In 2008, when Mr. Obama won the elections for the first time, it was very clear that technology played a substantial role in his assuming office. We saw in 2008, that online world was leveraged in a big way in the campaigns for a very successful outcome,. In the just concluded 2012 election, clearly data, data insights and data centric predictions played a very big role in shaping the election outcome.

Lot of deserved kudos went in the direction of Nate Silver for his super accurate predictions of the election results based on data insights. Many people looked at it from different perspectives. Media industry focused on how works like this will in an of itself influence the media coverage of elections and assessment of preference trends in election. Nate is the author of Amazon best-selling book, “The Signal and the Noise: The Art and Science of Prediction“. In the days leading up to the election, he was on every major media show, explaining how a detailed analysis of huge amounts of data, distilled from many different sources, enabled him and his team to predict with a fair degree of confidence and certainty what would happen district by district in the US elections (It’s actually a great reward to see this appearance of Nate Silver, on Stephen Colbert’s story show, reported by the LA Times). Very clearly, he was accurate to the last level of detail, in an election when the swings were noticed by both and in the days close to the election, the “momentum vote ” of the challenger was supposed to be mucking the trends.

A lovely article by John McDermott at AdAge brings out that Silver’s work will help transform the shift the “touch and feel aspects” of reporting to reporting that is anchored in data – facts & statistics. The article quotes ComScore’s Online traffic analyst Andrew Lipsman as saying , “Now that people have seen [data analysis centered political analysis] proven over a couple of cycles, people will be more grounded in the numbers.” Chatter in the online world quoting Bloomberg as the source suggested that , Barack Obama’s site was placing 87 tracking cookies on people’s computers who access the site. Mitt Romney’s site was placing 48 tracking cookies on people’s compute. Tarun Wadhwa reports at Forbes that the power of big data has finally been realized in the US political process:

“Beyond just personal vindication, Silver has proven to the public the power of Big Data in transforming our electoral process. We already rely on statistical models to do everything from flying our airplanes to predicting the weather. This serves as yet another example of computers showing their ability to be better at handling the unknown than loud-talking experts. By winning ‘the nerdiest election in the history of the American Republic,’ Barack Obama has cemented the role of Big Data in every aspect of the campaigning process. His ultimate success came from the work of historic get-out-the-vote efforts dominated by targeted messaging and digital behavioral tracking.” This election has proven that the field of “political data science” is now more than just a concept – it’s a proven, election-winning approach that will continue to revolutionize the way campaigns are run for decades to come.

It is common knowledge that the campaign had been heavily leveraging the web platform in very many sophisticated ways. The campaign spectacularly succeeded in integrating political infrastructure with the web infrastructure that they managed to create. A peer-to-peer, bottoms up campaign seemed to be the strategy that finally delivered results. Volunteer participation, feedback synthesis and citizen vote drives were successfully brought out in massive scale hitherto unknown with the web platform. The campaign heavily shaped by the power of social networks and internet energized the youth power in unimaginable ways signifying the triumph of technology power. It’s a treat to watch : Mobile, Social and Big Data coming together and making an impact in this presidential election 2012.

Let’s look at the complexities involved in this exercise : There was a notable shift of demographics in America resulted in the traditional vote bases being less influential (this trend will continue dramatically in the future) – the absolute numbers may not have come down but the proportion in the votable base lowered somewhat –leaving the destiny in the hands of newly emerging swing voter base. Technology played a significant role in doing the rigorous fact checking – imagine during a presidential debate – typical citizens were looking at fact checking analysis in their other screens while watching the debate on the television. Pew research found that many were looking at dual screens while watching the debate. All well, till one looks at the paradox here – as more and more effort is made and money is spent to flood the media with political messages, the impact is significantly less, as people don’t rely on a single news source. Many American homes today are getting to embrace the “four screen” world (TV, laptop, tablet and phone, all use in tandem for everything in our lives) and so the ability to create impact on any promotion is actually becoming tougher and tougher (to create positive impact).

This is observed along with the fact that the U.S is also undergoing a deep structural and institutional change, affecting every walk of the American Life. While the online world is growing, it’s a common citing in the cities and downtowns where one can see established chains closing shops, unable to hold on to competition striking at them from the cyberworld. Trends like this clearly influence the economic role played by different industries, trends in wealth creation, job creation, city growth etc. Younger voters are more clued by default to these changing trends and their impact and so begin to think of their prospects from a different prism compared to older voters, who generally hold conventional views and so this further creates a deeper strata within the society.

Time Magazine has Michael Scherer doing an in-depth assessment on the role big data and data mining played in Obama’s campaign as well. Campaign manager Jim Messina, Scherer writes, “promised a totally different, metric-driven kind of campaign in which politics was the goal but political instincts might not be the means” and employed a massive number of data crunchers to establish an analytics edge to the campaign. The campaign team put together a massive database that pulled information from all areas of the campaign — social media, pollsters, consumer databases, fundraisers, etc. — and merged them into one central location. The current US President’s (Mr.Obama) campaign believed that biggest institutional advantage over its opponent’s campaign was its data and went out of its way to keep the data team away from the glare and made them work in windowless rooms and each of the team members were given codenames. That in and of itself signifies the importance the campaign attached to “Data – Big Data”- that’s!

Scherer adds: “The new megafile didn’t just tell the campaign how to find voters and get their attention; it also allowed the number crunchers to run tests predicting which types of people would be persuaded by certain kinds of appeals.” Scherer’s piece is an astoundingly fascinating look at how data was put to use in a successful presidential campaign. The election results are in a way a big victory for the nerds and big data. Similarly, some time back there was a sensational article on how Target figured a teenage girl was pregnant even before her father could find it. Inside enterprises, there must be big advocates to create frameworks to get to we are big advocates of the “know everything” through the world of data and align the business to succeed.

Large-scale data gathering and analytics are quickly becoming a new frontier of competitive differentiation. While the moves of online business leaders like Amazon.com, Google, and Netflix get noted, many traditional companies are quietly making progress as well. In fact, companies in industries ranging from pharmaceuticals to retailing to telecommunications to insurance have begun moving forward with big data strategies recently. Inside business enterprises, there’s a similar revolution happening – collection of very fine grained data and making them available for analyses in near real time. This helps enterprises learn about the preferences of an individual customer and personalize the offerings for that particular customer /unique customer experience that would make them come back again and again to do more business.

Practically speaking, one of the largest transformations that has happened to large enterprises, has involved implementing systems, like ERP, enterprise resource planning; CRM, customer relationship management; or SCM, supply chain management—those large enterprise systems that companies have spent huge swathe of dollars on. These systems typically manage operations extremely well and then set the stage for enterprises to gain business intelligence and learn how they could be managed differently. That’s where Big Data frameworks come in handy and it’s up to business now to seize that opportunity and take advantage of this very fine-grained data that just didn’t exist in similar forms previously. Too few enterprises today fully grasp big data’s potential in their businesses, the data assets and liabilities of those businesses, or the strategic choices they must make to start leveraging big data. By focusing on these issues, enterprises can help their organizations build a data-driven competitive edge, which in this age is clearly a very powerful determinant of success.