The existential threat to on-premise models 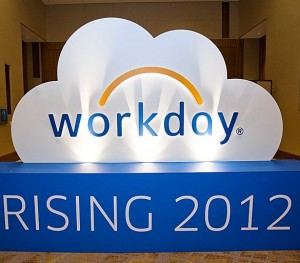 4 years ago when I interviewed Sridhar Vembu, CEO of Zoho for The New Polymath, the prime driver in the marketplace for SaaS adoption was better economics compared to on-premise.

But Sridhar also spoke about agility in SaaS delivery

Feature parity to Microsoft Office (and other software) will come sooner than you may think. We provide new updates every month. Cloud software has an intrinsic advantage in terms of speed of evolution. In fact, the comparison I make is between mobile phones versus wired phones. Mobile phones started out bulky and only had voice capabilities. Today, even cheap mobile phones beat expensive corporate PBX phones in terms of features, with mobility a huge added bonus.

Honestly, back then I thought Sridhar was ahead of his time, and we would not see such agility in much more complex enterprise markets.

Last week at Workday Rising, Sridhar’s words kept coming back. Workday does 3 releases a year, and even more impressive is what Dave Duffield describes as “the force of one” – having all customers on the same release is much more empowering. SaaS/Cloud vendors have dramatically shrunk the announcement/availability/customer acceptance cycle.

It is also an existential threat to on-premise models. In on-premise world, there is often a 3-4 year gap between product announcement and availability, then another 4-5 years till the last customer goes on that release. That is an  eternity compared to SaaS world announcement/availability/acceptance cycle.

Around economics, on-premise vendors managed to muddy waters with their FUD filled financial models. They will not be able to do so around agility. Either they dramatically shrink their own announcement/availability/acceptance cycle or keep hoping their financial arguments still continue to confuse a shrinking group of prospects.

One response to “The existential threat to on-premise models”